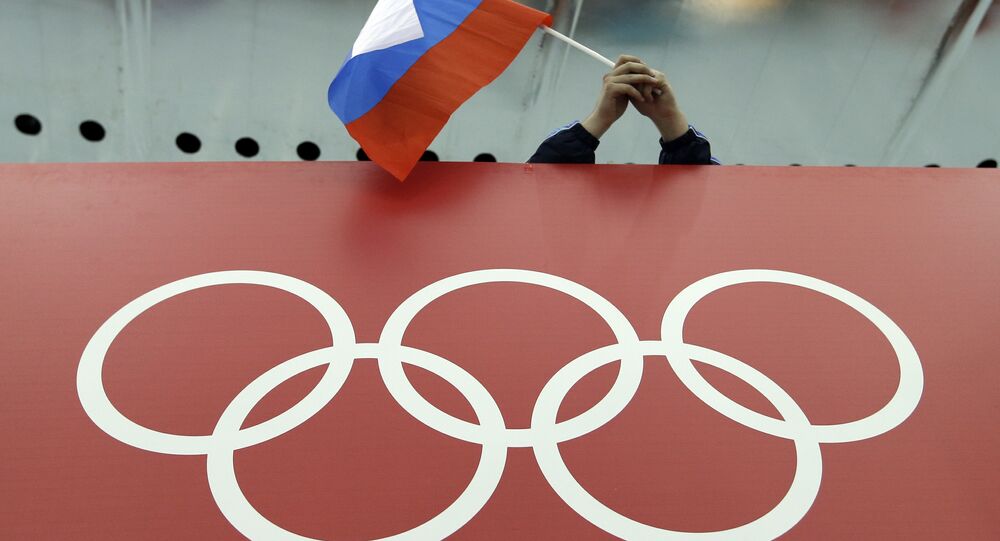 No Flag, No Match: Russian Boxers Refuse to Go to Olympics Under Neutral Status

The World Anti-Doping Agency's Executive Committee on 9 December endorsed a recommendation by its Compliance Review Committee to ban Russia from hosting and competing in major international sporting events for four years with its athletes allowed to participate only after proving they are not involved in World Anti-Doping Code violations.

Boxers of the Russian national team refuse to go to the 2020 Olympics in Tokyo without their national flag, R-Sport reports.
The Secretary General of the Boxing Federation of Russia Umar Kremlev said:

“The athletes are requesting that we use the courts to reverse the decision and be granted the right to fly the flag. We need to wait for the next steps of the Russian Olympic Committee (IOC) and Russian Anti-doping Agency RUSADA, but we ourselves will also analyse the possibility of challenging this decision… For us, the most important thing is that our boxers appear under the flag of Russia and to the sound of our anthem. Without this, there is no sense in participating,” said Kremlev.

He went on to add that in his view Russia’s disqualification is not a problem of just this country, but one plaguing all world sport, and it is necessary to blame "someone specifically or a specific federation."

He also made reference to the application filed by the Russian Federation to host the European Boxing Championship in 2021 in Chelyabinsk and the World Cup in 2020.

According to Kremlev, this would require finding an agreement with WADA.

“I have said many times that Russia is a great sports authority, all tournaments in our country are held according to the highest standards," added the Secretary General of the Russian Boxing Federation.

Earlier on 9 December the WADA Executive Committee unanimously approved a recommendation by its Compliance Review Committee to ban Russia from hosting and competing in major international sporting events for a period of four years after it allegedly tampered with laboratory data.

RUSADA had faced a non-compliance procedure earlier in the year, with WADA later concluding that some of the data had likely been “manipulated”.

According to the WADA, only "clean" Russian athletes will be allowed to compete in the upcoming Olympic and Paralympic Games, but under a neutral flag and without playing the country's national anthem.

WADA also ruled that the Russian national flag cannot be hoisted at any major international sporting events over the next four years.

Jonathan Taylor, the WADA CRC chair, said on Monday that WADA’s Compliance Review Committee (CRC) now has the names of all suspicious athletes in the Moscow Laboratory database, which was said to be manipulated before being handed over to the agency's investigators in January 2019.

Taylor also said the Court of Arbitration for Sport (CAS) is likely to uphold the WADA decision to curtail Russia's participation in international sports for four years.

"Do I expect the decision of CAS to be different from the decision of the WADA Executive Committee today? No, I don’t," Taylor was quoted as saying by the InsideTheGames sports news outlet.

He added that even if the CAS proceedings take time and postpone sanctions against Russia, Moscow will be sure to miss at least one of the forthcoming two Olympic Games - in Tokyo in 2020 or in Paris in 2024.

WADA's decision to punish Russia prompted an instant reaction from the country's leading sports figures and officials, as Russian Minister of Sports Pavel Kolobkov said that RUSADA has the opportunity to contest the decision.

"I believe that it is right to consider the case in CAS, where there are three arbitrators, and where the WADA decision is not regarded on the basis of the recommendation of the compliance committee representing the same WADA. I think that WADA has used all the possibilities [to investigate], but now there is another procedure," said Kolobkov.