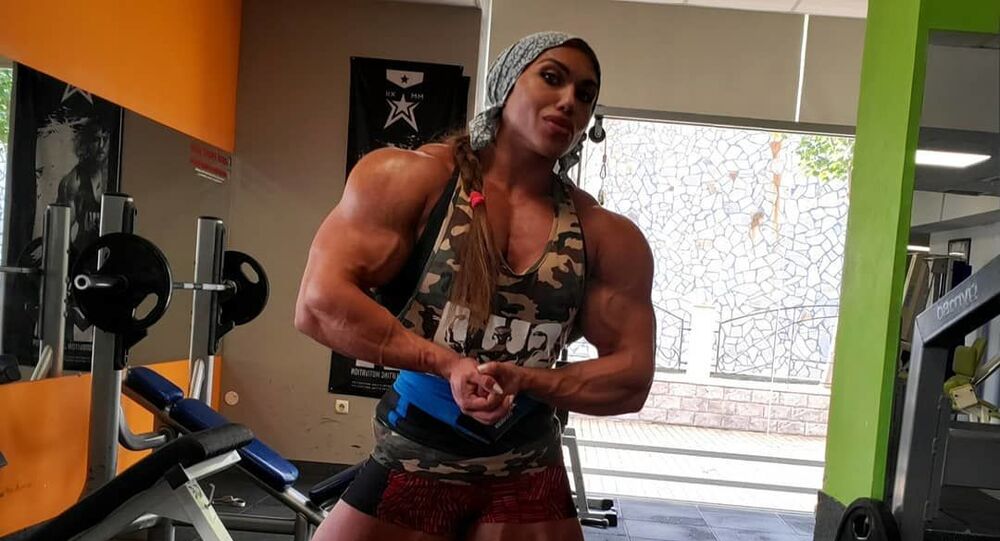 What’s It Like to be More Ripped Than Your Husband? This Russian Bodybuilder Has the Answer

Nataliya Kuznetsova, a powerlifter and bodybuilder, is boasting a truly terrifying physique that would compel most gym-goers to shatter the mirror and grab the barbell.

Her hubby’s name is not ‘Bruce’ and he is not green, as one might surmise.

Nataliya Kuznetsova, Russia’s biggest name in the bodybuilding world, has managed to build a healthy relationship despite having a bicep bigger than her spouse’s.

Nataliya, 28, is married to Vladislav Kuznetsov, 42, a Russian freestyle wrestler and businessman. The two met a decade ago when she was an aspiring powerlifter.

Vladislav helps his wife build her workout routine and accompanies her at all events and  competitions.

In an interview with Golder’s News and Sport, the muscle-bound woman said she doesn't care that her husband’s biceps are smaller than hers because their relationship is based on “mutual love and support”.

Nataliya hails from the city of Chita in Zabaykalsky Krai, a region in the eastern part of Siberia. She started hitting the gym at the age of 14, on the advice of her coach at school. She weighed 40 kilos at the time – now she is up to 90.

Nataliya said she had been timid as a teen, and went into powerlifting in part to improve her low self-esteem. She went on to become a regional champion at 15.

She bagged world bench press and arm-lifting titles in 2014, breaking world records in both disciplines, and set the world record for bench press and deadlift in the European championships the following year. This year, she came second at the IFBB Romania Muscle Fest Pro 2019.