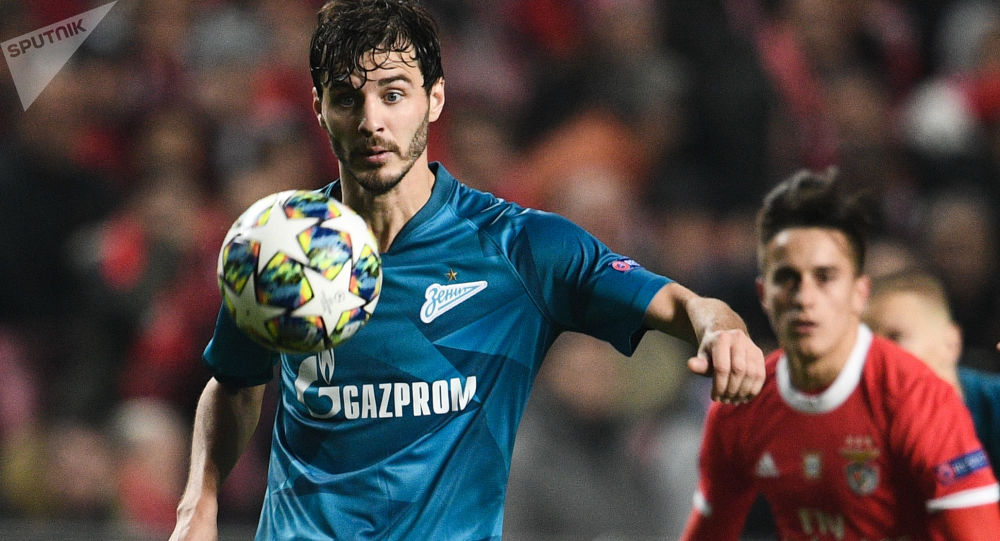 MOSCOW (Sputnik), Viacheslav Petrushin - Russian football club Zenit St. Petersburg lost on Wednesday its last match in the UEFA Champions League group stage against Portugal's Benfica with the score of 0-3 and was eliminated from the tournament.

Franco Cervi and Pizzi scored in the second half, followed by an own goal by Zenit’s Sardar Azmoun

The match was held at the Estadio da Luz in Lisboa.

In the other match in Group G, France's Lyon tied the game with Germany's RB Leipzig.

With all six group stage matches played, RB Leipzig finished first with 11 points, while Lyon has eight. Benfica and Zenit have seven each, but Zenit ended up in the last place due to the results of head-to-head games.

RB Leipzig and Lyon have advanced to the knockout stage of the tournament, while Benfica moves on to the second-tier European football tournament, the UEFA Europa League.