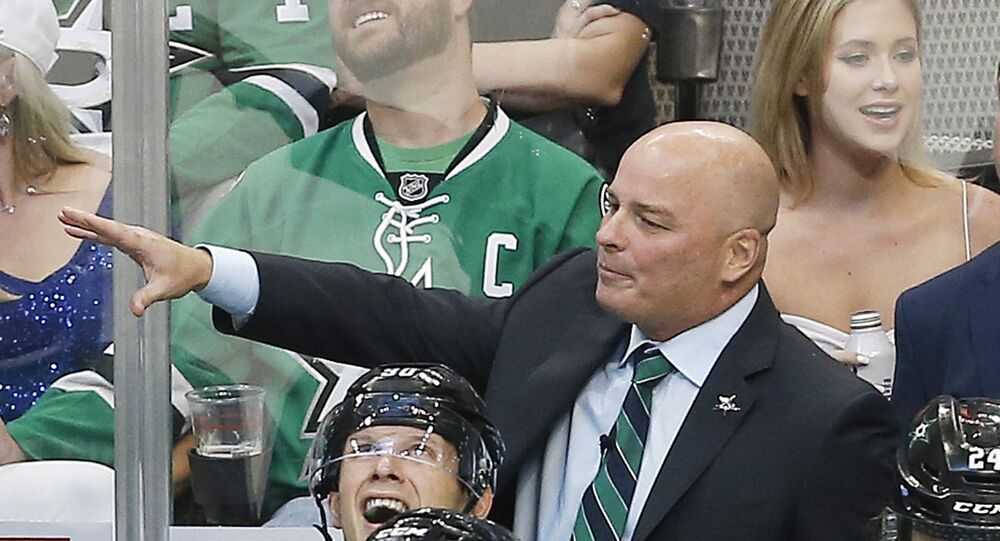 “Dallas Stars General Manager Jim Nill announced today that Jim Montgomery has been dismissed as the team's Head Coach. Effective immediately, Rick Bowness, who has served as Assistant Coach since June 22, 2018, will assume the role of Interim Head Coach for the team”, the Dallas Stars press release stated, the same day as NHL commissioner Gary Bettman announced a set of new protocols to monitor and punish inappropriate and abusive behaviour in North America's best professional ice hockey league, amid a scandal that has implicated multiple team coaches.

In a statement, Stars General Manager Jim Nill announced that the dismissal was not related to on-ice performance, but instead due to Montgomery’s conduct.

"The Dallas Stars expect all of our employees to act with integrity and exhibit professional behaviour while working for and representing our organization. This decision was made due to unprofessional conduct inconsistent with the core values and beliefs of the Dallas Stars and the National Hockey League”, Nill said.

Montgomery’s dismissal is the latest in a month-long scandal in professional ice hockey related to the past behavior and conduct of coaches.

SportsNet / YouTube
Watch NHL Game Degenerate Into Huge Brawl Over St. Louis’s Cheap Shot on Tampa’s Russian Star Winger
On 10 December, the NHL commissioner Gary Bettman announced a series of measures to tackle abusive behaviour within the sport. It outlined a set of measures, stipulating that the league is to be immediately informed following instances of abusive behaviour, and also establishing mandatory education programs designed to promote inclusiveness and diversity, discipline protocols for abusive behaviour and a telephone hotline to report instances of improper conduct.

In November, Calgary Flames head coach Bill Peters resigned from his position after corroborated allegations were made that he used racist slurs in the presence of Akim Aliu, a Nigerian-born Canadian player he coached a decade ago while both were part of the Rockford IceHogs organisation. Marc Crawford, an assistant coach of the Chicago Blackhawks, is also currently on leave, pending investigation, related to allegations of physical abuse and using homophobic slurs.