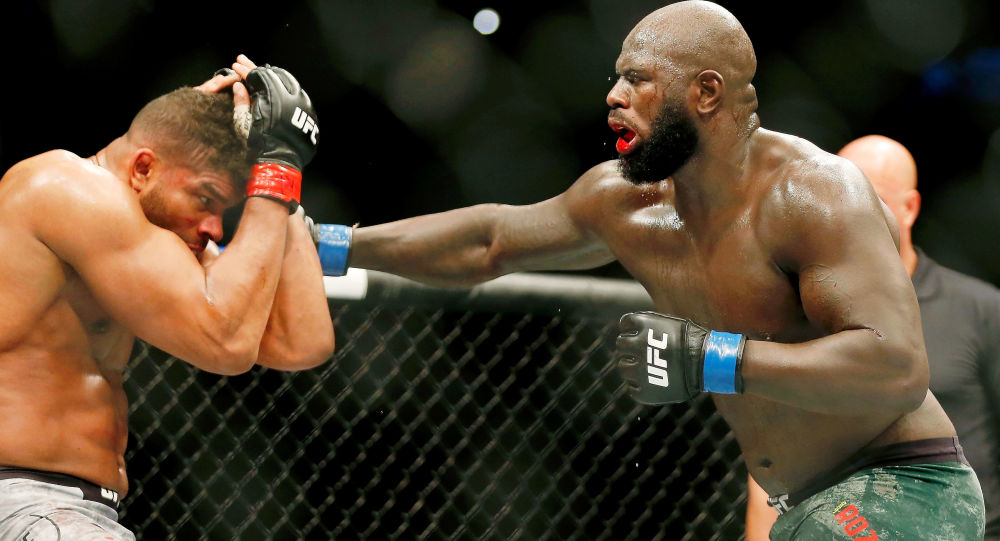 Complete Bloodshed: UFC Fighter Gets His Lip Split Like Firewood

Alistair Overeem, a Dutch heavyweight fighter born in England, is renowned for being one of only two fighters to simultaneously hold world titles in both MMA and K-1 kickboxing. Prior to last night's UFC fight, he had been ranked sixth in the UFC heavyweight rankings.

Not only did he lose to his opponent, Surinamese fighter Jairzinho Rozenstruik, but received a terrible blow that left his upper lip split open in a way that laid bare his teeth.

WARNING: The Following Image is Graphic and May Offend Sensibilities

© AFP 2019 / Steven Ryan
McGregor Eager to Fight UFC's 'Baddest Motherf**cker' Masvidal
The Overeem-Rozenstruik rumble was the main fight in last night's UFC tournament in Washington. The Surinamese fighter managed to knock out Overeem just four seconds before the end of the fight.

By defeating Overeem, the 31-year-old Rozenstruik has increased his win-streak to ten victories with zero losses.

As for Overeem, the Dutch fighter has a record of 45 wins and 18 losses. He's also one of two fighters to hold world titles in both MMA and K-1 kickboxing at the same time.