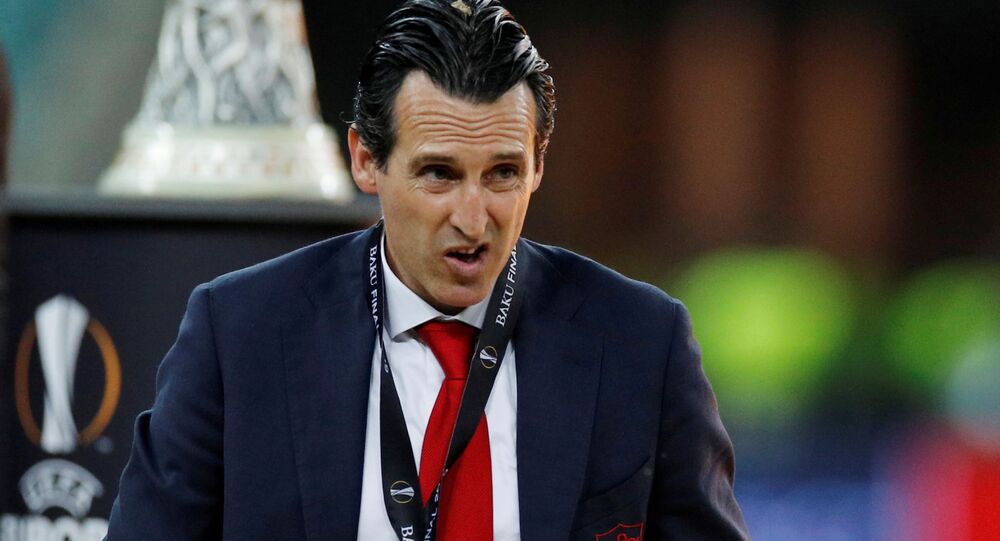 Spanish football manager and former player Unai Emery Etxegoien became the head coach of Premier League club Arsenal in May 2018, signing a two-year deal with the club, while Arsenal reportedly had an option to extend his deal for a further year.

Arsenal have fired manager Unai Emery following seven games without a victory, saying in an official statement that "the decision has been taken due to results and performances not being at the level required".

"We have asked Freddie Ljungberg to take responsibility for the first team as interim head coach. We have full confidence in Freddie to take us forward. The search for a new head coach is underway and we will make a further announcement when that process is complete", the statement reads.

The Spanish manager is leaving the club after only 18 months at the helm, and the club eighth in the Premier League table after four wins in 13 matches.

© AP Photo / Alberto Saiz
Arsenal's Ozil and Kolasinac 'Under 24-Hour Guard' After Knife-Wielding Carjacking Attempt - Reports
Unai Emery marked his first triumph as Arsenal manager on 25 August 2018, in a 3–1 home win over West Ham United. After this match, Arsenal won 11 games in a row, their best form since 2007. Arsenal then prolonged their unbeaten run to 22 games. Their 3–2 loss to Southampton in December of last year was the first time they had been beaten in all games since August. The Spaniard yet again reached a Europa League final but was frustrated as Arsenal were beaten 4–1 by fellow Premier League side Chelsea.