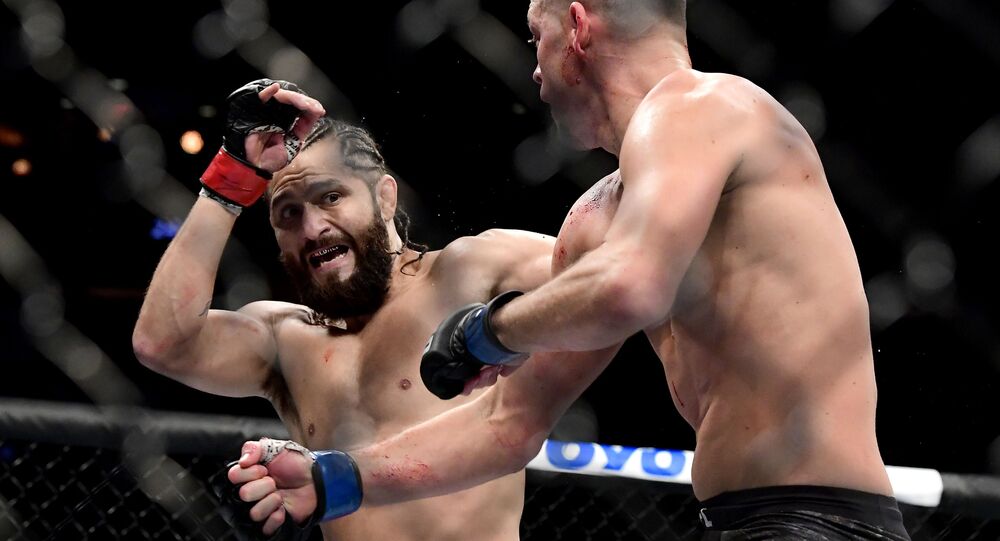 Bashing McGregor’s conduct, Masvidal claimed that the Irishman punches old people "because those are fights he could win".

Fresh from his victory over Nate Diaz whom he vanquished via a TKO at the UFC 244 at Madison Square Garden, mixed martial artist Jorge Masvidal revealed what he might do to Conor McGregor if their paths cross in the octagon in the future.

During his post-fight press conference, Masvidal mused about the prospects of his future fights and, when reminded about McGregor’s upcoming return, explained how a bout between the two of them would go.

"You know what the f*ck I’ll do to that little dude, bro", he said. "I’ll f*ck that little guy up, man. He’s a f*cking midget. Dana White, president of this motherf*cking company, said I’m too much man for him".

Jorge then went on to make more unflattering remarks about McGregor, saying that he understands why some people “want to see him hurt for the stunts he’s been pulling”.

"He’s just talking so he gets his name out there", Masvidal explained. "You see he punches old people in the face because those are fights he could win. He don’t want this sh*t".

A number of social media users seemed to agree with Masvidal’s assessment of McGregor.

Some, however, opted to defend the Irish fighter instead, citing his previous accomplishments.

It pisses me off when people say comments like this. Do people forget he knocked out Aldo within seconds of the first round?

Conor McGregor, who so far hasn’t return to the octagon following his defeat at the hands of Khabib Nurmagomedov at UFC 229 on 6 October, 2018, is expected to make his comeback in January 2020.