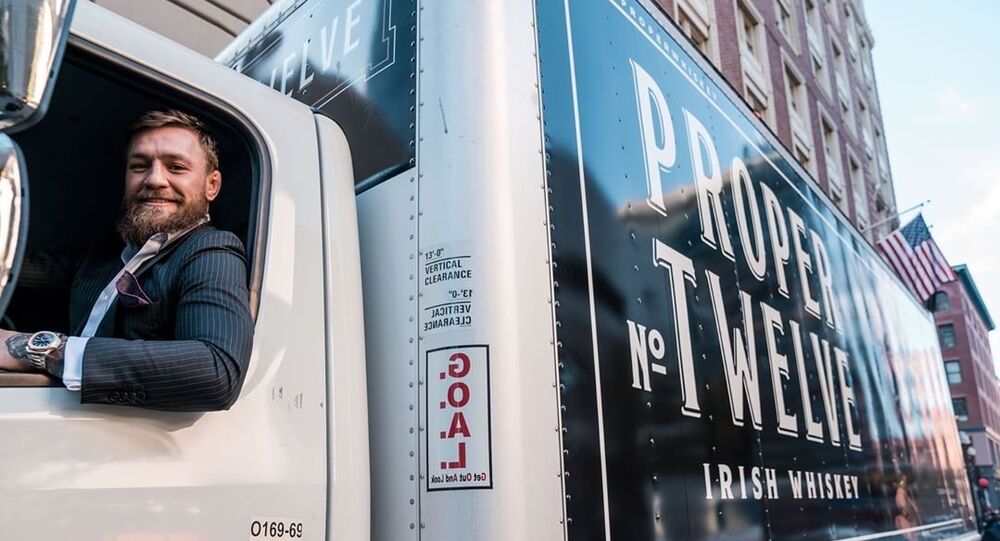 The 31-year-old former UFC champion got into an altercation with an elderly patron of a Dublin drinking establishment in April, reportedly after the man had refused to partake in McGregor's offer of a brand of whiskey he was promoting.

Mixed martial arts fighter Conor McGregor has been convicted of assault and fined €1,000 (about $1,115) over his April 2019 altercation with an elderly man in a Dublin pub, the Dublin District Court ruled on Friday.

McGregor pled guilty to one count of assault. According to a letter to the court cited by Reuters, the elderly pub patron had accepted McGregor's apology. The Irish Times reported that the victim had been paid compensation, although its amount was not disclosed.

This was McGregor's second criminal charge since last year. In April 2018, McGregor and a teammate attacked a bus full of fighters at a press event. He was later charged with multiple counts of assault and one count of criminal mischief. He pled guilty to disorderly conduct and sentenced to five days of community service, and was made to attend anger management courses.

In March 2019, he was arrested by police in Miami after allegedly punching a phone out of a fan's hand, stomping on it and walking away with the phone in his pocket. McGregor reported settling that case in May, with the charges against him dropped.

McGregor appeared in Moscow last week, calling out Khabib Nurmagomedov, the Russian fighter who trounced him at UFC 229 in Las Vegas last October, and demanding a rematch. During his stay in Moscow, McGregor gained the ire of fans after expressing contempt for Khabib's home region of Dagestan. Nurmagomedov has so far refused to face off with his defeated rival, although his father recently said a rematch in Moscow may be possible, but only after Khabib fights Tony Ferguson. That fight has yet to be booked.

The Irish MMA fighter currently plans to return to the octagon in January 2020, although his opponent has yet to be named.