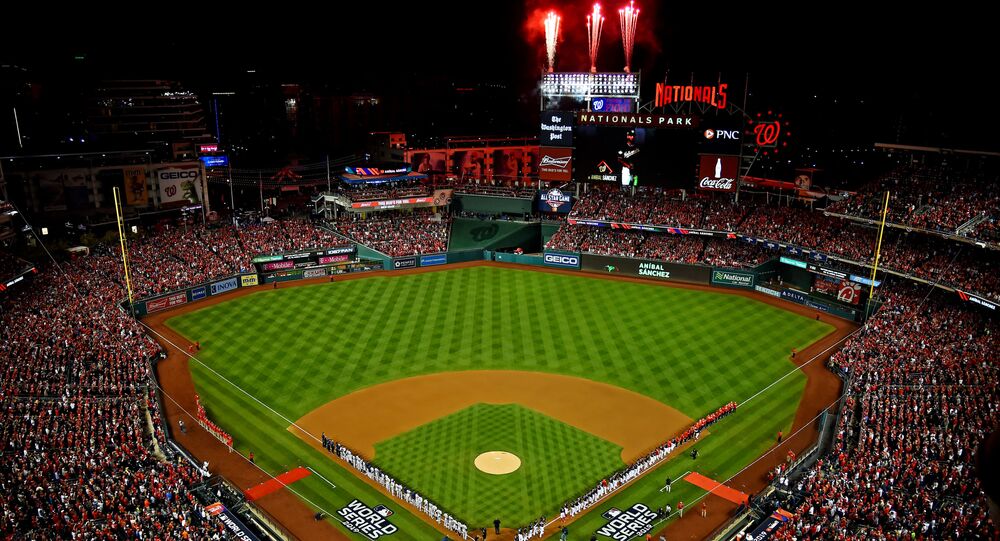 The critic locked horns with Trump over business and politics some four years ago. Trump claimed that he had turned down the honour because he didn’t want to create a public inconvenience.

The Washington Nationals baseball club announced Friday it will give the ceremonial first pitch at Game 5 of the World Series to Jose Andres, a vocal Trump critic. The announcement comes one day after Trump announced that he would attend the Sunday game.

“If a Game 5 is necessary, the Nationals will welcome chef and humanitarian José Andrés to throw a ceremonial first pitch,” the club said in a press release. “Named one of Time Magazine’s ‘100 Most Influential People’ in both 2012 and 2018, Andres is an internationally-recognized culinary innovator and founder of World Central Kitchen.”

Andres, a restaurant owner, has long opposed Trump on immigration, and blasted his handling of the aftermath of Hurricane Maria in Puerto Rico. The two have clashed in court over business issues, the AP report says.

"The name came from the Nationals, and it seemed like a good choice," said baseball Commissioner Rob Manfred. "So it's sort of a joint decision."

Andres said he was “humbled” to be chosen for the first pitch.

Manfred on Friday said that he spoke to Trump about tossing the ceremonial first pitch – a long established tradition for US presidents - but Trump suggested that the logistics of such an event would be inconvenient for spectators.

"His view was that in order to make the fan experience as positive as possible, he would arrive at Game 5 sometime after the game began, so that wouldn't interfere with fans getting into the stadium. Quite frankly, we were very grateful for that," Manfred said. "His sole focus was if I do something like a first pitch or arrive in that timeframe, is it going to be disruptive to the everyday fan getting into the ballpark and enjoying the game, and he didn't want that kind of disruption."

Earlier Thursday, responding to questions as to whether he would throw the first pitch, Trump joked that he would look ridiculous in a bulletproof vest – a security measure required for such an event.

"I don't know. They gotta dress me up in a lot of heavy armour. I'll look too heavy. I don't like that," he quipped, according to CNN.

Four years ago, Andres reportedly withdrew a plan to open a Spanish restaurant in the Trump International Hotel in Washington, citing disagreement with Trump’s comments on illegal immigrants. The company that runs the hotel, Trump Old Post Office, sued Andres for breach of contract and claimed over $10 million in damages. The dispute was settled in 2017 by the DC Superior Court.

The last time a sitting US president threw the ceremonial first pitch at a World Series game was in 2001, when George W. Bush threw the ball at New York's Yankee Stadium before Game 3, shortly after the 9/11 attacks, according to AP.