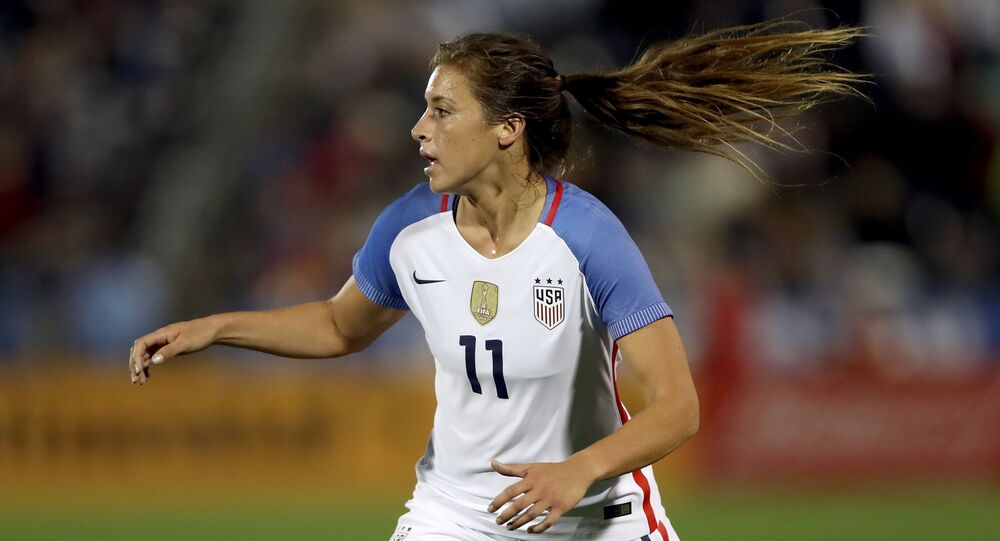 The moment when the man touched the footballer was caught on camera, and he has since been identified. Both clubs condemned the incident, with Mexican authorities now looking into the case.

A Mexican football club has filed a lawsuit against a fan for grabbing a female player’s breast, and will be slapping him with a life-long ban from football.

It all started minutes after Saturday’s friendly between Tigres Femenil and Houston Dash at the Mexican side’s stadium in the state of Nuevo Leon. Houston Dash midfielder Sofia Huerta, 26, was posing for photos with fans after her club’s 2-1 defeat, when one aficionado appeared to grope her during a selfie.

The ‘groping’ photo made waves on social media after it was posted by Fut Femenil, a Mexican advocacy for women in football.

Tweet reads: “Yesterday after the Tigres Femenil-Houston Dash game, we saw this fan behaving nefariously vis-à-vis our player, taking advantage of her willingness to take a photo. Look at this guy’s hand over Sofia Huerta (and no, it wasn’t accidental). One must not do that!”

After the player complained about the incident, Tigres issued an apology to her and asked fans for help in identifying the aggressor. The club also said it would file a lawsuit against “whoever is responsible for what took place” as well as prohibit the harasser for life from attending the games of its men’s and women’s teams.

Houston Dash reciprocated by saying that it “appreciates the efforts of Tigres to resolve this issue.”

Mexican news website MedioTiempo reports that the man in the picture has since been identified and the club lodged a lawsuit against him with the Attorney General's Office in Nuevo Leon.

Huerta initially represented Mexico internationally but switched to the US national team in 2017. She has made seven caps for the US but missed out on this year’s victorious World Cup campaign in France.