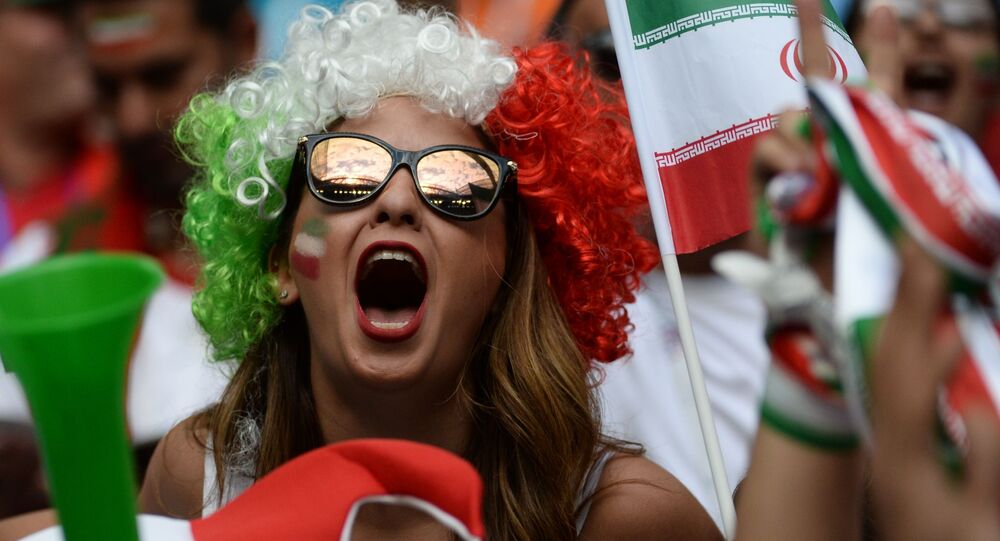 Iranian women were recently given the go-ahead to purchase tickets and attend the upcoming World Cup 2022 qualifier match between the country’s national football team and the Cambodian side at Tehran’s Azadi Stadium on Thursday.

Citing state media, AFP reported that the first batch of some 3,500 tickets sold out in under an hour. Although reports suggest that more tickets may be sold, Reuters reported that none have been made available as of Wednesday.

Tickets allocated for female eventgoers were divided into four different sections within the 100,000-capacity stadium. Earlier this week, Iranian news outlet Piroozi News tweeted out an image showing the areas in which women would be allowed.

​According to AFP, women who were able to snag a ticket for the highly-anticipated football match will reportedly be guarded by roughly 150 female police officers.

Raha Poorbakhsh, a sports journalist, was one of the women to secure a ticket. “I still can't believe this is going to happen, because after all these years of working in this field, watching everything on television, now I can experience everything in person," she told the outlet.

Speaking to the French news agency, several Iranians told the outlet that they supported the government’s decision, with some remarking that they hope the clearance will lead to further freedoms for Iranian women.

The decision comes months after Iran drew worldwide scrutiny as a result of the death of Sahar Khodayari, an Iranian woman since dubbed “Blue Girl” on social media who set herself on fire after facing jail time over her decision to dress up as a man to attend a football game. Such disguises are prevalent in Iran, as women have largely been banned from attending matches since shortly after the country’s 1979 Islamic revolution.

However, Iran has rejected the notion that it caved to international pressure and the urging of FIFA. Government spokesperson Ali Rabiei tweeted earlier this week that the move to allow women into the matches was rather the result of “internal social demands and government’s support of those demands.”

“Positive interactions between civil society and government is the only reason for this change not the foreign pressure,” the tweet added.

FIFA has previously threatened to issue sanctions against Iran in the event that it failed to allow women to attend matches; however, it’s unclear exactly what those measures would entail.