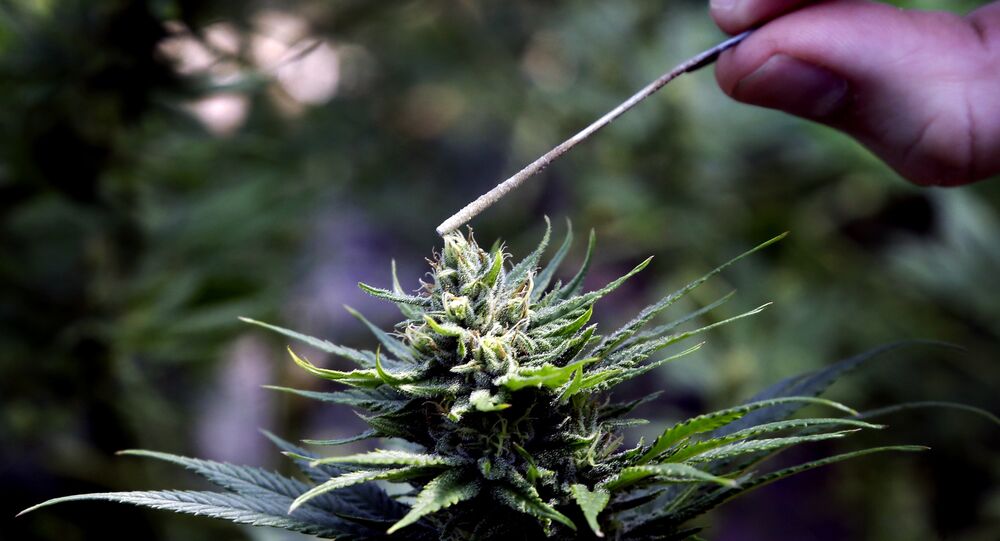 MOSCOW (Sputnik) – The new, 2020 List of Prohibited Substances and Methods released by the World Anti-Doping Agency (WADA) allows the use of cannabidiol (CBD), a chemical compound from the cannabis plant.

The new WADA list, published on Monday, says that "all-natural and synthetic cannabinoids are prohibited … except: cannabidiol."

WADA says that the prohibited cannabinoids include natural and synthetic tetrahydrocannabinols (THCs), as well as synthetic cannabinoids that mimic the effects of THC.

Under US federal law, if cannabidiol (CBD) derived from the hemp plant contains less than 0.3% THC, it is legal.

Concerns about THC, the psychoactive chemical in marijuana, have been on the rise as the chemical has been linked to over a dozen deaths from respiratory illness thought to be linked to vaping.

Over 800 Americans have fallen ill after using THC and/or nicotine vape cartridges. The exact causes of the respiratory illness are still under investigation, but it is suspected that major toxicity occurs when THC, CBD and/or nicotine are mixed with other chemicals.

WADA’s Prohibited Substances List comes into force on January 1, 2020. The list includes substances and methods prohibited both in- and out-of-competition.

Argon, a gas that reportedly increases the red blood cell count, is not on the new list, however, xenon is still prohibited. Both xenon and argon were previously banned by WADA because of alleged concerns that it could enhance athletes’ performance by mimicking training at high altitudes.