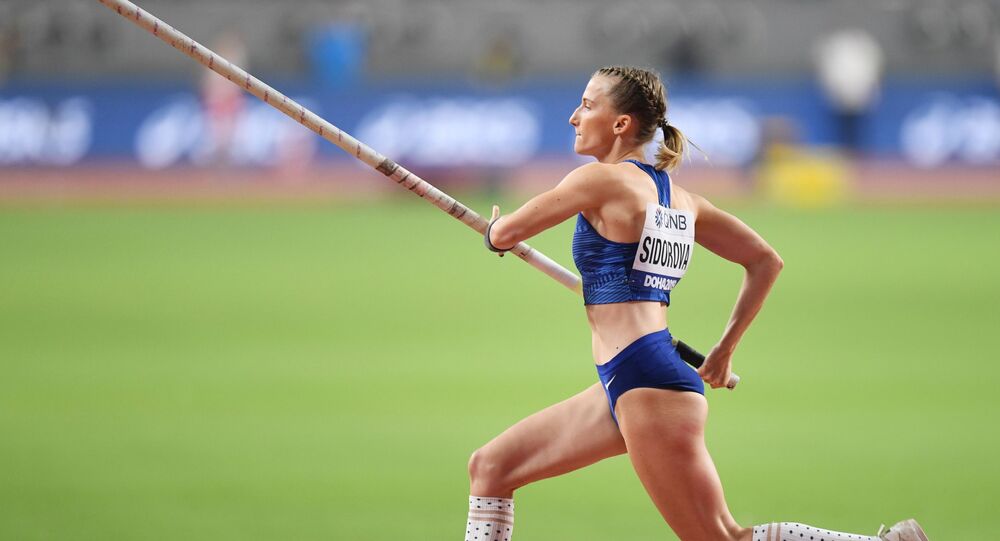 Anzhelika Sidorova cleared every height up to 4.9 meters in her first attempts, while her final leap beat competitors as she soared over the bar at just over 4.95 meters, breaking her own personal record.

Her main opponents in the pole vault competition at the ongoing World Athletics Championships in Qatar were Sandi Morris of the United States - who came second, clearing 4.90 meters - and Olympic champion Katerina Stefanidi of Greece, who secured third place by going over 4.85 meters.

Notably, no female vaulter has cleared a 4.95 height at a world championships since Russian Yelena Isinbayeva in 2005.

Sidorova competed in a neutral status with a muted blue jersey. Her neutral status was granted by IAAF officials after a drug test showed she was clean to compete internationally at this year's world championships in Doha. However, the neutral status ban athletes from displaying national symbols and colors.

During the award ceremony at Khalifa Stadium, no Russian anthem played, nor was a Russian flag raised.

The Russian Athletics Federation (RusAF) was suspended from the IAAF in November 2015 over allegations of violating anti-doping rules. Russia has repeatedly refuted the accusations.

WADA, however, again launched a procedure for withdrawing RUSADA's status of compliance with the World Anti-Doping Code over allegations of suspected manipulation by presenting incorrect data from the Moscow laboratory to WADA officials in early 2019.

The doping scandal erupted in late 2014 after German journalist Hajo Seppelt concocted a documentary about alleged doping in Russian sports which was broadcast by Germany's ARD, sparking a backlash from IAAF and WADA officials. Following the release of the controversial documentary, WADA's independent commission issued a report accusing Russia of numerous breaches of global anti-doping regulations.