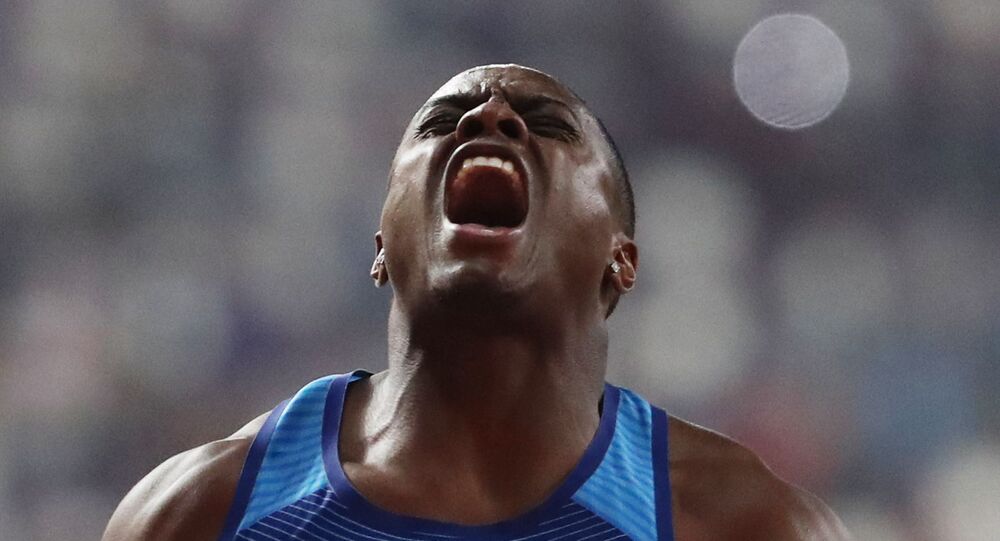 Coleman came in first and reportedly showed his best time this season of 9.76 seconds, with compatriot Justin Gatlin second at 9.89 and Canadian Andre de Grasse third at 9.90.

At the world championships on Friday, Coleman also showed the top time in the men's 100-meter heats at the Khalifa Stadium in Qatar's Doha.

Coleman earlier this year was charged by the US Anti-Doping Agency with three failures to properly file his whereabouts information for a 12-month period but dodged what should have been an automatic disqualification when it was ruled that one of the tests had to be backdated to outside the time window, Reuters reported.

Coleman was reportedly charged because athletes are required to notify anti-doping officials where they can be reached for a certain period daily.

According to the rules, if anti-doping officials are three times unable to contact an athlete at a designated location within a 12-month period, they are considered to have committed an anti-doping violation and become subject to a ban of up to two years.

According to media reports, many athletes suffer from the sweltering Qatari heat and suffocating humidity, with daytime temperatures hovering around 38 degrees Celsius. Local weather has been widely discussed among athletes and athletics officials and seen as a cause for concern in some sports events, Reuters said.

The World Athletic Championship 2019 kicked off in Qatar on 27 September and will last through 6 October.

Qatar Invests in Construction of World-Class Port in Somalia