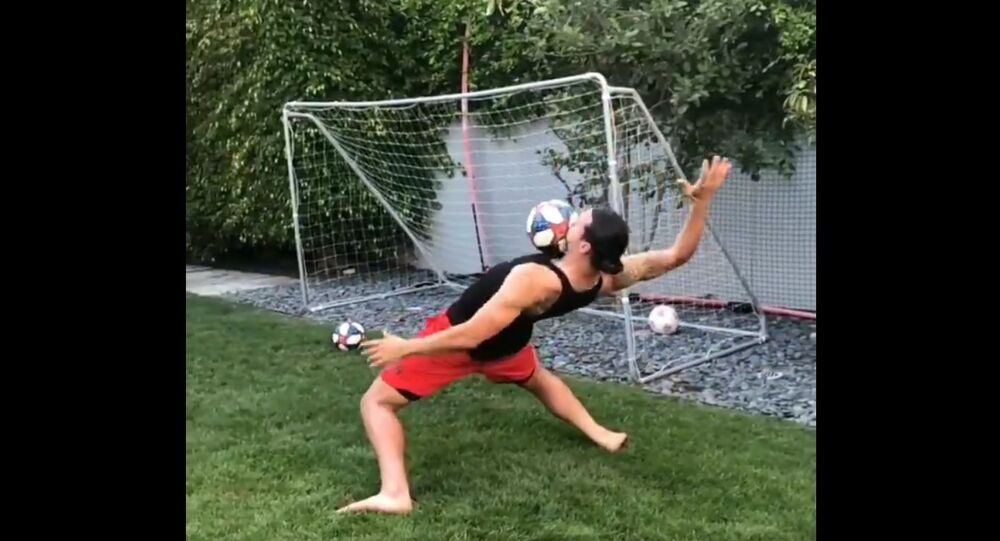 Swedish football star Zlatan Ibrahimovic (37) plays as a striker for LA Galaxy. He is ranked the third best player in the world after Lionel Messi and Cristiano Ronaldo.

The point is to keep the ball on your chest and lean back while waving your arms like Neo, the main protagonist in the Matrix movies, during a famous bullet dodging scene. The footballer passed the challenged to Manchester United midfielder Paul Pogba, Russian mixed-martial arts fighter (MMA) Khabib Nurmagomedov, tennis player Novak Djokovic, and his agent Mino Raiola.

​Ibrahimovic began his career with the Swedish Malmo FF club in the late 1990s at the age of 12. During his career, he has been signed for seven football clubs, including Juventus and Barcelona. He is widely regarded as one of the best strikers of his generation.

In 2012, Ibrahimovic began playing as part of the France's Paris Saint-Germain FC (PSG). In May 2016, Ibrahimovic did not extend contract with PSG and left the club.

Ibrahimovic had a debut in the national team of Sweden in early 2001 in a friendly match with the Faroe Islands. He has performed in 116 matches for the Swedish national team, in which he scored a total of 62 goals.