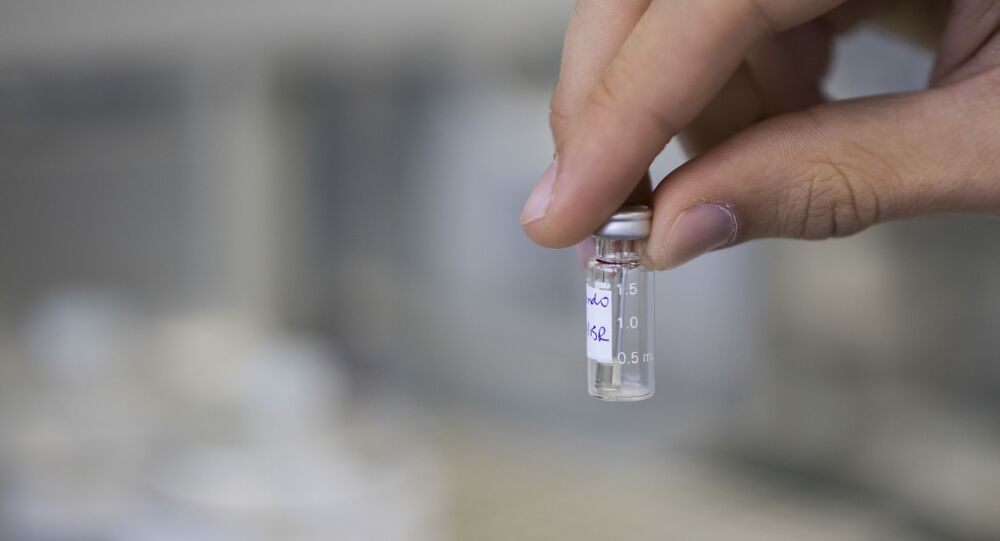 Rumours have emerged ahead of a crunch meeting of WADA that it may impose stringent sanctions on Russia’s Olympic Committee over alleged manipulation of the doping control process before handing the data over to the international anti-doping watchdog.

Russia has wryly shrugged off a string of reports in Western media that its athletes may be excluded from the 2020 Summer Olympics in Tokyo over unconfirmed allegations of data-tampering. The speculation emerged following a tweet by German journalist Hajo Seppelt and has been picked up by several news outlets.

“This has been a standard practice already, this was written by our favourite German journalist. We will definitely never comment on him,” Konstantin Vybornov, spokesman for Russia’s Olympic Committee, said in a statement on Sunday.

Vybornov added that the committee only comments on official information and not on rumours.

On Friday, Hajo Seppelt tweeted that Russia is suspected of having tampered with the lab data provided to WADA earlier this year, and that a procedure has been launched to declare Russia’s anti-doping authority (RUSADA) non-compliant with the rules of the World Anti-Doping Agency. Seppelt was among the first to have reported about doping in Russia in 2014, following the Sochi Olympics, and made a documentary that sparked global resonance.

The Telegraph jumped on the bandwagon over the weekend and quoted sources in WADA as confirming that the agency believes Russia had manipulated the information to cover up “historic and systemic” drug-taking by Russian athletes. If the suspicions are confirmed, it could lead to Russia's athletes being banned from the 2020 Olympics, the sources noted.

Similar speculation already emerged in June regarding a purported attempt to cover up for the doping violations of high jumper Danil Lysenko.

Meanwhile, a WADA spokesperson told The New York Times that the agency's investigators had identified "inconsistencies" in the data provided from Russia and is currently assessing them.

RUSADA was suspended in 2015 in response to accusations about a state-run doping programme in Russia that allegedly helped athletes cheat in international competitions by supplying them with performance-enhancing drugs. Moscow acknowledged there were some isolated cases of doping but dismissed the allegations that a complex state-sponsored doping scheme was in operation.

Russian athletes were later barred from international competitions, including the 2018 Winter Olympics, with select athletes clear of doping charges allowed to compete under a neutral flag. RUSADA was reinstated in September 2018, on condition that it must provide access to stored lab samples and electronic data.

The international watchdog is expected to announce its findings at Monday’s meeting of the executive committee in Tokyo. Later on Monday, the International Association of Athletics Federations – the world’s governing body for track and field – will meet to discuss the fate of Russia’s athletics federation ahead of the world championships, starting in Qatar on Friday, where 29 Russian athletes will be competing as neutrals.