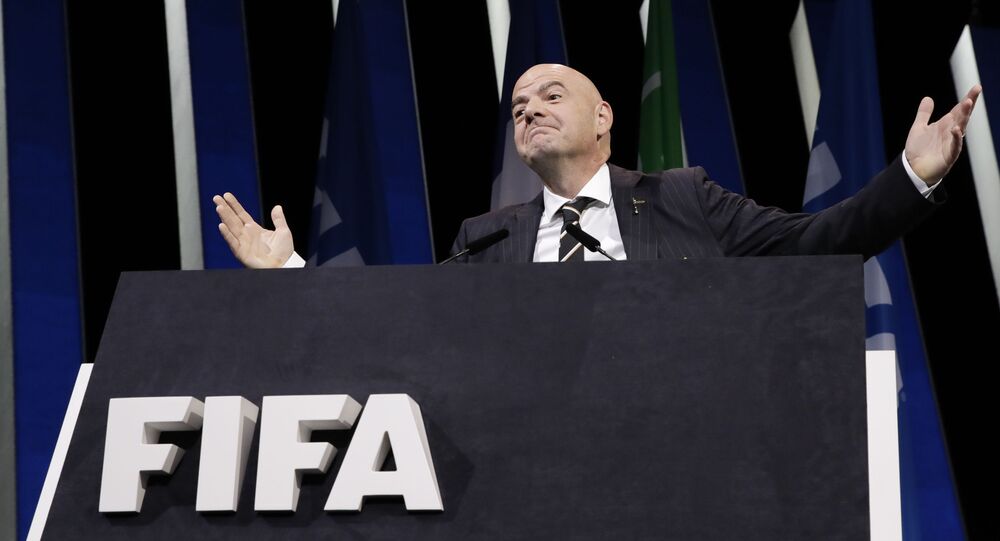 Days after the death of Sahar Khodayri, an Iranian woman dubbed “Blue Girl” on social media, FIFA President Gianni Infantino issued a statement calling on Iran to reflect on the situation and begin allowing women into football stadiums.

In the Thursday statement, Infantino stated that he and other members of the governing football body have repeatedly reached out to Iranian officials on the matter of allowing women to attend men’s matches, and that he hopes they were “receptive” to FIFA’s concerns.

“We have a delegation of FIFA members in Iran at the moment, and I am looking forward to hearing good news from them,” reads the release. “Our position is clear and firm. Women have to be allowed into football stadiums in Iran.”

“We understand there are steps and processes that need to be taken before this is done in a proper and safe way but now is the moment to change things and FIFA is expecting positive developments starting in the next Iran home match in October,” it adds.

Although foreign women have been allowed limited access to men’s team football games, Iranian women have largely been banned from attending since shortly after the country’s 1979 Islamic revolution.

In 2006, then-Iranian President Mahmoud Ahmadinejad rescinded the decades-old ban on female spectators, saying in a state TV broadcast that the “best stands should be allocated to women and families in the stadiums,” and that the “presence of women and families in public places promotes chastity.” However, weeks later, Ahmadinejad’s progressive stance was overruled when Supreme Leader Ayatollah Ali Khamenei reinstated the ban.

Since then, it’s been touch-and-go. Iranian women were allowed to attend a men’s match in 2018 - when the national team played against Bolivia at Tehran’s Azadi Stadium, the Washington Post reported, citing Iranian news outlets.

​More recently, Iranian women have been able to attend the cherished football games by disguising themselves as men; however, the tactic has resulted in arrests and charges for some who try it.

The tactic took a fatal turn in early September after Khodayari, who was arrested in March 2019 and jailed for disguising herself, died after having set herself on fire outside the courthouse where she’d been charged for “improperly wearing hijab,” according to the Human Rights Watch.

FIFA responded to the matter by issuing a statement, urging Iranian officials “to ensure the freedom and safety of any women engaged in this legitimate fight to end the stadium ban for women in Iran,” Reuters reported.

Prior to FIFA’s September statement, it issued a release in June, warning that should the Iranian Federation fail to take “concrete steps” to allow women into stadiums, it would face sanctions. That notice included a July 15 deadline. It’s presently unclear when or if FIFA still intends to follow through on said sanctions or how they would affect the country’s national team.