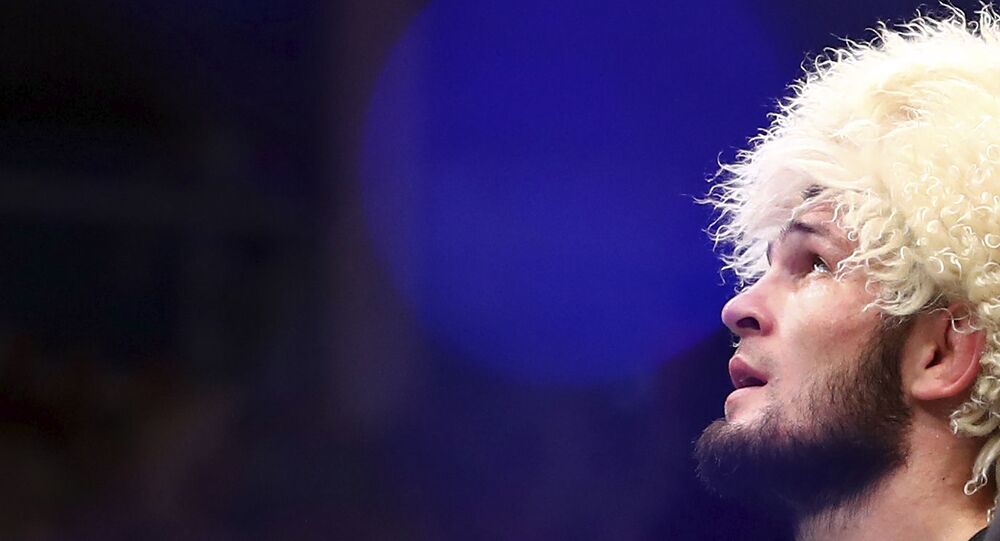 ‘I Want a Real Fighter’: UFC’s Gaethje Wants to Take on Ferguson-Khabib Winner in Snub to McGregor

Saturday’s fight with Donald Cerrone ended in a 1st round TKO win for Gaethje, and he is eyeing up a big fight that won’t feature a “retired” Irishman.

American lightweight fighter Justin Gaethje has said he will pursue a fight with Russian undisputed world UFC champion Khabib Nurmagomedov – and hinted Conor’s days in the sport are numbered.

Gaethje, 30, crushed his friend and former sparring partner, Donald “Cowboy” Cerrone, in the UFC Vancouver main event on Saturday, but appeared upset to do so.

Gaethje knocked down Cerrone with a series of vicious punches in the opening round and stared at the referee waiting for the fight to be waved off. But as the ref looked on, he was forced to finish Cerrone with a single right hand, and this is when the intervention finally came.

“The ref in the back said if you fall to your face it’s over and I felt he fell like that two times and I just had to continue,” Gaethje said in the Octagon, reacting to his TKO victory.

“It’s not his fault, he’s got to do his job but that was my friend I didn’t want to keep punching him I’ll be honest with you.”

"The Irishman is retired. I want a real fighter."@Justin_Gaethje is looking past Conor McGregor to the winner of a Khabib Nurmagomedov and Tony Ferguson bout #UFCVancouver pic.twitter.com/J9Whqy4TIH

When pressed on whether he’d like to face an Irishman (Conor McGregor) or a Russian (Khabib Nurmagomedov), Gaethje said: “The Irishman’s retired, I want a real fighter. I want the winner of Tony (Ferguson) and Khabib.”

“I want to fight Khabib before he’s gone and if Tony wins … nobody’s going to miss that fight. We could put a million people in the stadium.”

The UFC has tried to book a Khabib-Tony showdown four times in the last four years, but all attempts to pair them have failed due to weight-cutting reasons or injuries.

UFC boss Dana White confirmed last week that Ferguson is “next in line” for the Khabib fight if he accepts it. “We’ll see how this thing plays out when Khabib will fight again and if Tony wants the fight,” he told reporters.

Ferguson has won 12 fights in a row and made it clear that he wanted to face the Russian grappler at UFC 245 in Las Vegas on 14 December.

Khabib, who has recently extended his unbeaten streak to 28-0, said he was eyeing up a superfight against the retired middleweight champion, Georges St-Pierre.

Conor McGregor has been seeking a rematch since his October 2018 defeat, but team Khabib does not appear interested in it anymore. Khabib’s father hinted this month that his son could retire once he hits the incredible 30-win mark – and there might be not a chance for Conor to gain revenge.