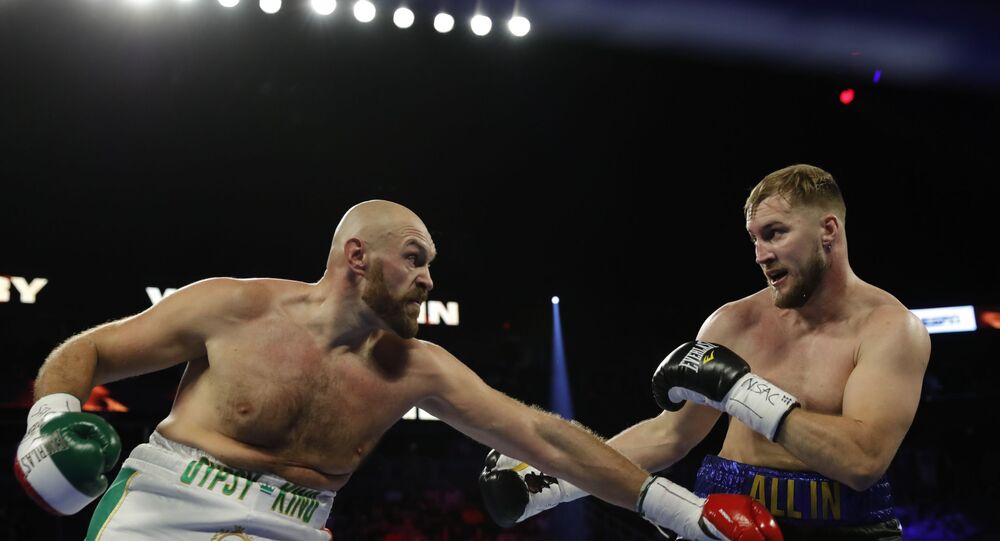 The match marked Fury's second fight in 2019 following his win in June over Tom Schwarz. The heavyweight title was also the second fight for Wallin this year, although his previous match with Nick Kisner from the US ended without a winner.

British professional boxer Tyson Fury and Swedish heavyweight Otto Wallin are holding a press conference in Las Vegas after their faced off at T-Mobile Arena in a battle for the WBO Inter-Continental heavyweight title.

The two boxing stars have never lost a single match before in their career.