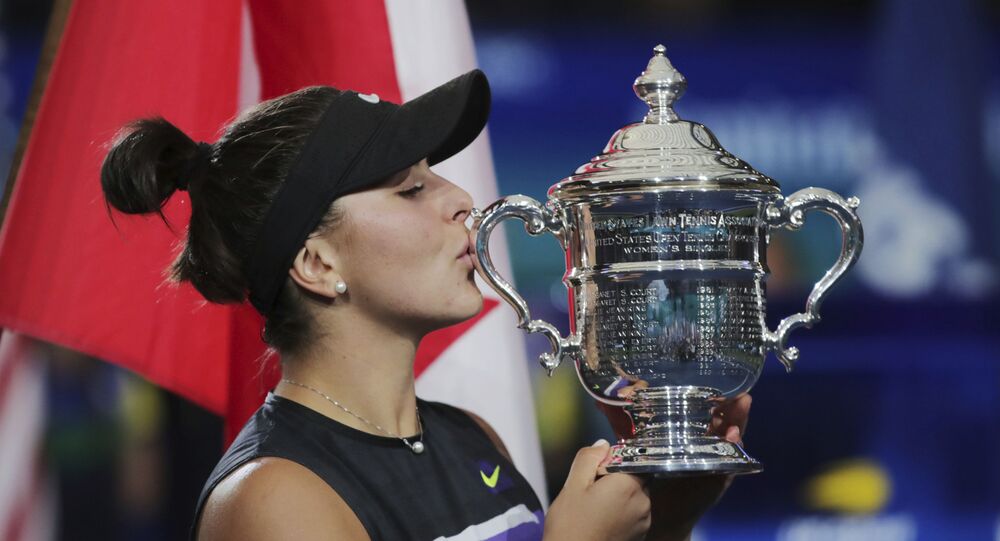 Andreescu became Canada's first ever grand slam singles champion and at 19, the first teen to win a major since Maria Sharapova 13 years ago, beating Williams 6-3, 7-5 in Saturday's US Open final.

Andreescu has only participated in four majors in her brief career before the 2019 US Open. Only a year ago, she lost in the opening round of qualifying in all four slams and finished the year ranked 178 in the world.

“It’s so hard to explain. I’m just beyond grateful. I’ve worked really, really hard for this moment. This year has been a dream come true. Being able to play against Serena, a true legend of the sport, is amazing. It wasn’t easy at all. I’m really proud of how I dealt with everything. I know you guys wanted Serena to win. I’m so sorry. I just tried my best to block everything out,” she said after the win.

Williams didn't go down without a fight: after being down 5-1 in the second set, she rallied to win the next four games. But it wasn't enough to take down Andreescu, who took the next two games and won the set 7-5.

Willams has reached four of six slam finals since giving birth two years ago, most recently losing to Andreescu’s friend Simona Halep at Wimbledon, yet didn’t win any of the finals, remaining stuck at one short of the all-time record of 24 majors owned by Margaret Court. She will now have to wait until 2020 to have another go at a major slam.