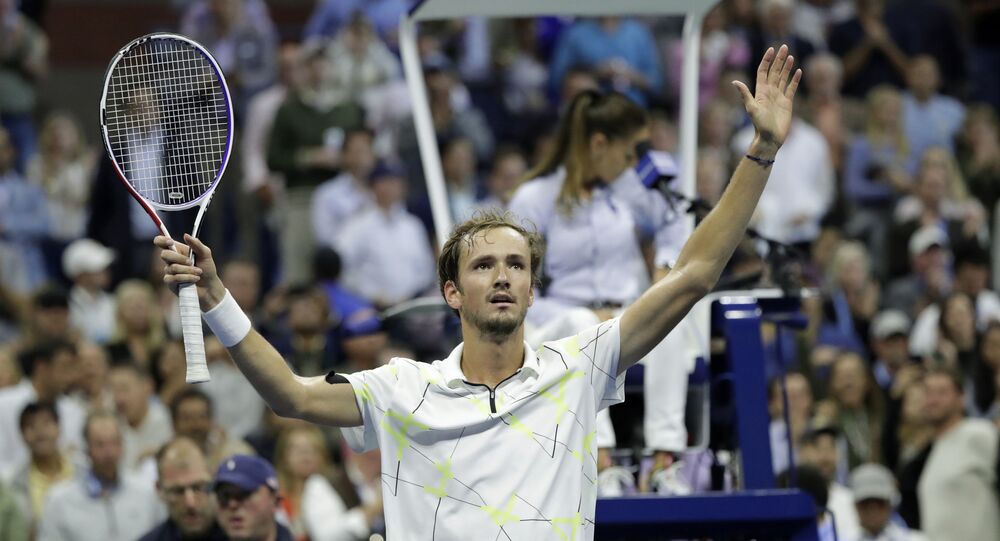 Daniil Medvedev of Russia advanced to his first Grand Slam final Saturday night, taking out Bulgaria’s Grigor Dimitrov, 7-6 (5), 6-4, 6-3, in the semifinals of the US Open.

Dimitrov, who used to be ranked third, is now ranked 78th after he had lost seven of eight matches heading into the US Open, including a straight-sets loss to No. 405 Kevin King in July at the Atlanta Open. He also lost in the first round of the Rogers Cup and the Western & Southern Open.

"I do think he was a better player in first set. I do think I was kind of lucky to win it," Medvedev said about Dimitrov. "Then the momentum changed completely. I think after, I was playing better than him in the next two sets."

Medvedev, 23, will take on the winner of Saturday night’s second semifinal, the 18-time major champion Rafael Nadal, after his victory over Italy’s Matteo Berrettini under the roof at Arthur Ashe Stadium on Friday night immediately following Medvedev’s match.