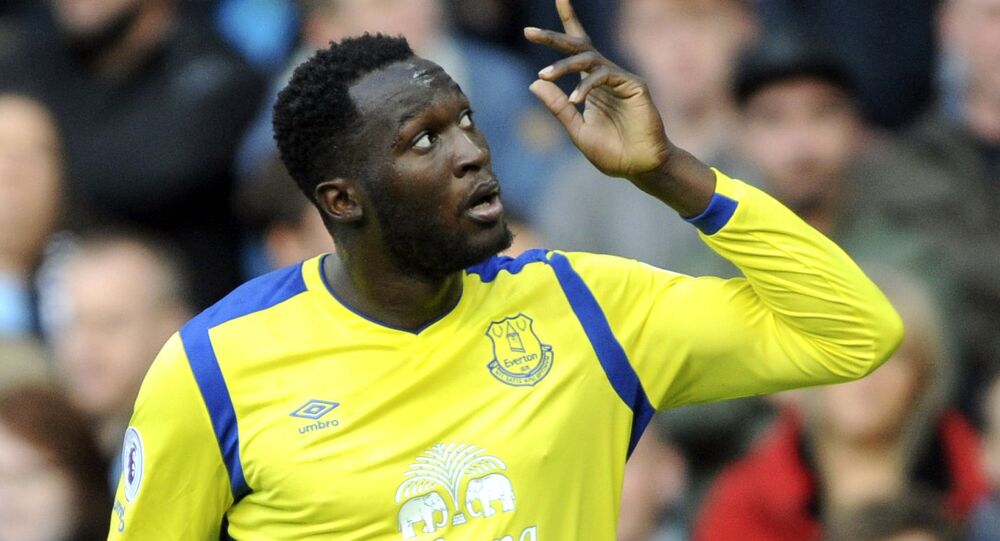 L’Urlo della Nord, a fan group dedicated to Italy’s Inter Milan football club, issued a statement Tuesday, claiming that supporters of the opposing team at a game over the weekend were showing striker Romelu Lukaku a “form of respect” when they made monkey chants after he scored a goal.

Lukaku, who moved from the UK’s Manchester United for a spot on the Inter Milan club over the summer, was subjected to the racial abuse from the opposing team’s fans on Sunday moments after he helped his team take the 2-1 victory against fellow Italian club Cagliari Calcio.

In cellphone footage of the football game, various fans can be seen gesturing toward Lukaku on the field during an Inter Milan penalty kick as others are repeatedly heard making monkey-like sounds. According to the BBC, fellow Inter Milan player Milan Skriniar was seen reacting to the moment by urging the fans to be silent. He reportedly condemned the behavior exhibited by the Cagliari fans during a post-match interview.

The day after the match, Lukaku took to social media to vent his frustration regarding the matter.

“Football is a game to be enjoyed by everyone and we shouldn’t accept any form of discrimination that will put our game in shame,” the 26-year-old Belgian striker wrote in a Monday Instagram post.

“Ladies and gentlemen, it’s 2019. Instead of going forward we’re going backwards and I think as players we need to unify and make a statement on this matter to keep this game clean and enjoyable for everyone.”

Then, a day after Lukaku’s statement, the Inter Milan fan group opted to issue its own press release on the incident, fully defending the behavior exhibited by the opposing team’s fans.

“We are really sorry you thought that what happened in Cagliari was racist. You have to understand that Italy is not like many other north european countries where racism is a real problem,” reads the statement. “We understand that it could have seemed racist to you, but it is not like that.”

“In Italy we use some ‘ways’ only to ‘help our teams’ and to try to make our opponents nervous, not for racism, but to mess them up. We are a multiethnic fans organization, and we have always welcomed players from everywhere. However, we have always used that ‘way’ with other teams’ players in the past and we probably will in the future. We are not racist and so are not the Cagliari fans,” it continues.

“Please consider this attitude of Italian fans as a form of respect for the fact they are afraid of you for the goals you might score against their teams and not because they hate you or they are racist. True racism is a completely different story and all Italian football fans know it very well.”

The statement goes on to say that the fight against racism must start in schools, and that fans “behave in different ways when inside the stadium as opposed to when they are in real life.”

It should be noted that unlike the fan group, the Cagliari football club did issue remarks on the fan behavior, firmly rejecting the events that occurred at the Sunday game at the Sardegna Arena.

“The club underlines - once again - its intention to identify, isolate and ban those ignorant individuals whose shameful actions and behaviours are completely against those values that Cagliari Calcio strongly promotes in all their initiatives. Every single day,” the club’s statement reads, in part.

This is not the first time that fans of the Italian football league - especially Cagliari fans - have come under fire for their racially-charged chants against players. Just last season, Cagliari fans were called out after they used monkey chants to protest a goal scored by Moise Kean, a Juventus player at the time, according to the BBC. And before that incident, the same group of fans made headline news after carrying out similar racial attacks against Juventus midfielder Blaise Matuidi.