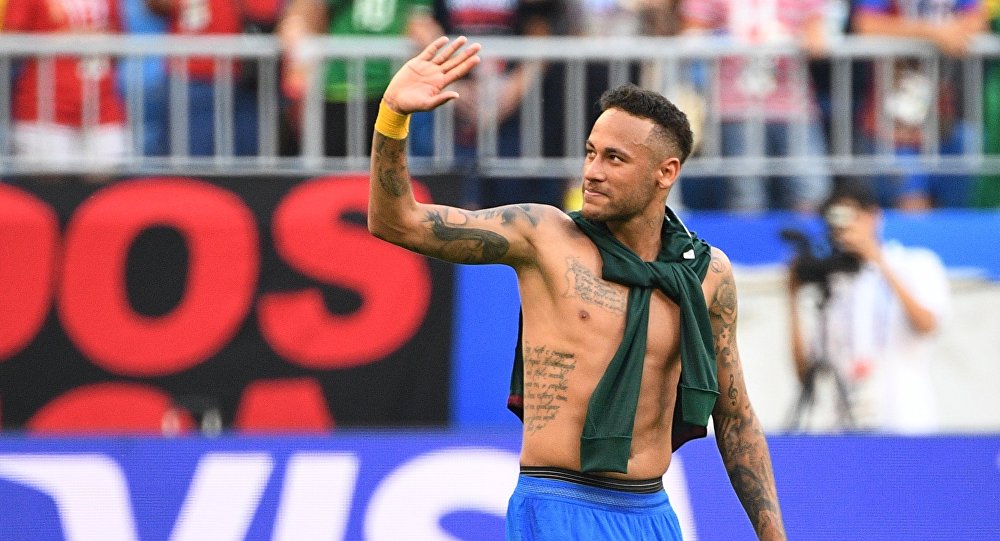 The Brazilian football star, who has been repeatedly mocked for his theatricals on the pitch, got into acting off the field last year when he filmed several scenes for a Netflix hit show about a criminal gang. These were reportedly excluded from the final cut after a Brazilian model claimed that the Paris Saint-Germain star striker had raped her in Paris.

Brazilian football star Neymar Jr. has shared his excitement over taking part in the Netflix series La Casa de Papel, or Money Heist on the English-language market, on Twitter despite reports that his scenes were left out amid rape accusations.

“I was able to realise my dream and be part of my favorite series. And now I can share Joao with you all! Thanks @lacasadepapel!” he tweeted, also posting a video of himself in a boiler suit and Salvador Dali mask, which is the show’s signature look.

​As the web-outlet 90min points out, he was apparently referring to his cameo as a monk named Joao in the Spanish-language series about a gang planning a robbery in Madrid, which has already become a hit in Spain.

The star striker reportedly took part in the film shoot in November 2018 and was set to appear in two episodes. But as reports by the Spanish sports outlet AS says, they were initially aired without Neymar’s scenes, as the show debuted in July before the rape case against him was dismissed.

Now, when these scenes have been restored, fans have rushed to share their joy online.

This movie people be making you take up roles that are not even close to your real character. 😂 Imagine them making #Neymar say "I don't like football" in #MoneyHeist

​However, not everyone was glad to see Neymar in the series.

No. Don't ruin #MoneyHeist with this flopper @Netflix. Neymar still has to pay off his rape accuser. pic.twitter.com/D7W4wH8haT

​Allegations against one of the most popular Brazilian footballers were brought by model Najila Trindade, who filed the complaint against the Paris Saint-Germain forward on 31 May, saying that he had assaulted her after inviting her to visit him in France. Trindade's first lawyers reportedly walked away from her case because she had initially filed a complaint of physical abuse and not rape, according to AFP. However, following a two-month-long investigation, in late July, the Sao Paulo Attorney General's Office told AFP that police had closed the case due to a lack of evidence.

Barcelona Not Prepared to Spend Money on Neymar – Report