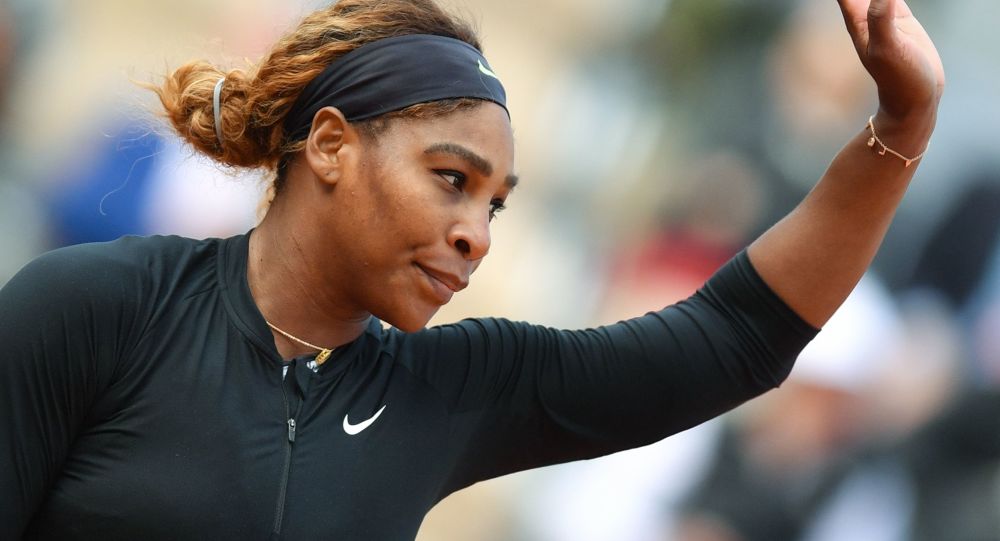 The US tennis player, who recently defeated her long-time rival Maria Sharapova at one of tennis’ major tournaments, already has a history of debatable outfit choices on the court. One of them, the notorious catsuit, was even slammed by the organisers of Roland Garros (French Open) in 2017. Nevertheless, she opted for what might seem like its shorter version this time.

Even though Serena Williams, who has been storming top tennis tournaments after becoming a mom, destroyed Russian ace and her archenemy Maria Sharapova in two sets, 6-1, 6-1, it was the 37-year-old’s outfit that drew particular attention online.

The American tennis star, known for her powerful physique, started her quest for a record-breaking 24th Grand Slam title in a black body-tight and extra-short jumpsuit, prompting debates online. The outfit was dubbed “embarrassing” and prompted users to call for a dress code at the US Open like at some other Grand Slam tennis tournaments.

I'm sorry but that outfit #Serena has on is embarrassing. It's at best a workout suit, at worst spanks. The #USOpen needs a dress code. 😳👀 #usopen2019 IMO

Sorry but Serena doesn't have the body for the catsuit anymore. Last year's outfit was nice and so much more appropriate for tennis.

@serenawilliams outfit at us open😂. Is she playing tennis or wrestling?

Just when I think Serena Williams outfits couldn’t get any worse she proves me wrong.

​Many pointed out that such outfits do not fit her phenomenal sports achievements.

@usopen @serenawilliams your fantastic but your outfits are not professional ..doing a #nadal & keep pulling on your shorts ..not classy

It does, it really does.

She's a phenominal athlete, but horrifying to look at in those clothes.

Imagine Maria in the same outfit. Probably wouldn't go over as well. Thoughts?

​One commenter pointed out that such a wardrobe choice would get her in trouble at the French Open.

Serena Williams has gone for an all-in-one outfit for the #USOpen. A daring choice, to say the least. Her shorts couldn't be any shorter & she's constantly having to pull them down. The French Open officials would freak out if she wore this Roland Garros... pic.twitter.com/JcXAXs8Naj

​Many, on the contrary, praised her bold selection.

I want 2 go on the record 2 say if Serena Williams outfit isn't trending it should be 😍😍😍 #USOpen2019 pic.twitter.com/Ps4NVHNxEz

​Serena Williams has made daring jumpsuits her thing, prompting heated debates with some of her choices for the court. Earlier this year, at the 2019 Australian Open, Serena Williams' tight green jumpsuit with fishnet stockings, dubbed the “Serena-tard” and showing off all her curves, might have stolen her thunder and triggered an online-storm.

While Melbourne’s bosses did not voice any particular reproach, the organisers of the Grand Slam tournament in the world’s fashion centre, Paris, seemed less tolerant. Her 2017 French Open black cat-suit was slammed by French Tennis Federation President Bernard Giudicelli, saying that it would no longer be accepted as one has “to respect the game and the place”.