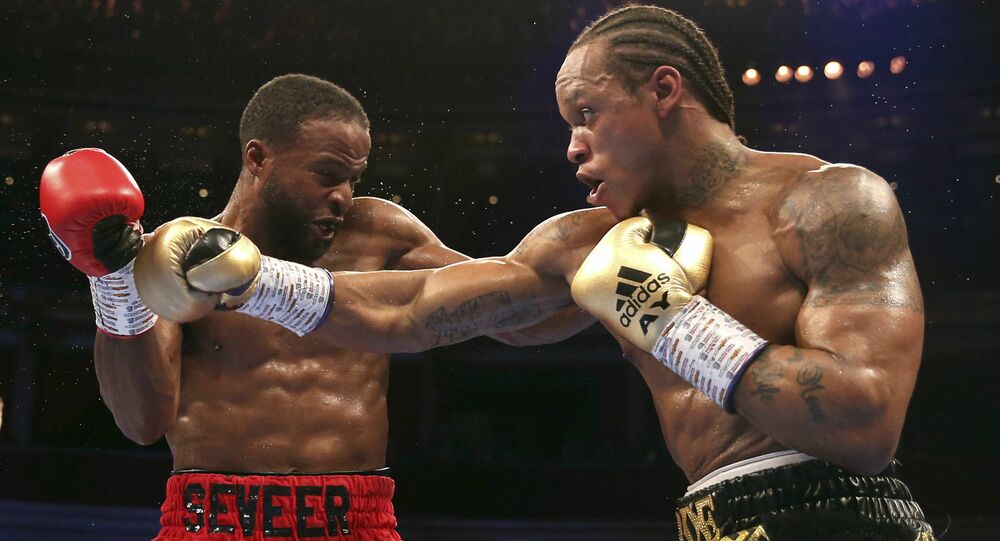 Sergey Kovalev, nicknamed Krusher, was 26 when he turned professional in 2009 and has fought most of his career in the United States. This will be his first fight in his home town of Chelyabinsk in Russia.

Anthony Yarde, an unbeaten light heavyweight from London, has arrived in Chelyabinsk ahead of his big fight with Russia's Sergey "Krusher" Kovalev on Saturday night.

Yarde, 28, takes on Kovalev for the WBO world title with many boxing experts tipping him to cause an upset.

Yarde knocked out American Travis Reeves in the fifth round of his most recent fight — his 18th victory, none of which have lasted more than seven rounds.

​But his manager Tunde Ajayi has been accused of avoiding tough opponents and just piling up bodies on his record.

Kovalev will be a huge step up in class and it will be Yarde's first fight outside of Britain.

Chelyabinsk - 1,500 miles east of Moscow - is Russia's seventh biggest city, a metallurgical centre and home to a huge tractor factory.

The Russian lives in Fort Lauderdale, Florida, and beat his first 31 opponents after making his professional debut in 2009, at the relatively late age of 26.

​Those victories included a brutal knockout of Britain’s Nathan Cleverly in Cardiff in 2013, when he won the WBO title for the first time.

He also defeated the legendary Bernard “The Executioner” Hopkins in 2014 and beat former world champion Jean Pascal twice, winning the IBF and WBA titles to add to his WBO belt.

But in November 2016 he ran into the unbeaten American Andre Ward, who handed him his first defeat on points. The rematch in June 2017 was a disaster for Kovalev as he was stopped for the first time.

He was knocked out by the unbeaten Colombian Eleider Alvarez in 2018 but won the rematch in February this year.

Now Kovalev will take on Yarde at Chelyabinsk’s Traktor Sport Palace knowing that another defeat may well be the end of his career.

Yarde is young, hungry and immensely strong but his chin has never been tested and he has never fought anyone approaching world class.

​Yarde told the BBC: “Where I've come from, I rose very quickly to be here. I'm happy to be at this level and I'm going to make the most of it. I'm going to focus on myself, be the best I can be and get the knockout victory, because that's what I feel I need to do to win the fight."

​Social media is divided about who will win but if Yarde does it, the victory would rank up there with some of the greatest British boxing victories away from home - John H Stracey shocking local favourite Jose Napoles in Mexico in 1975, Lloyd Honeyghan beating Donald Curry in Atlantic City in 1986 and Tyson Fury outpointing Wladimir Klitschko in Germany in 2015.

​If Kovalev wins he will likely challenge the winner of October’s clash between Russia’s Artur Beterbiev and Oleksandr Gvozdyk of the Ukraine.