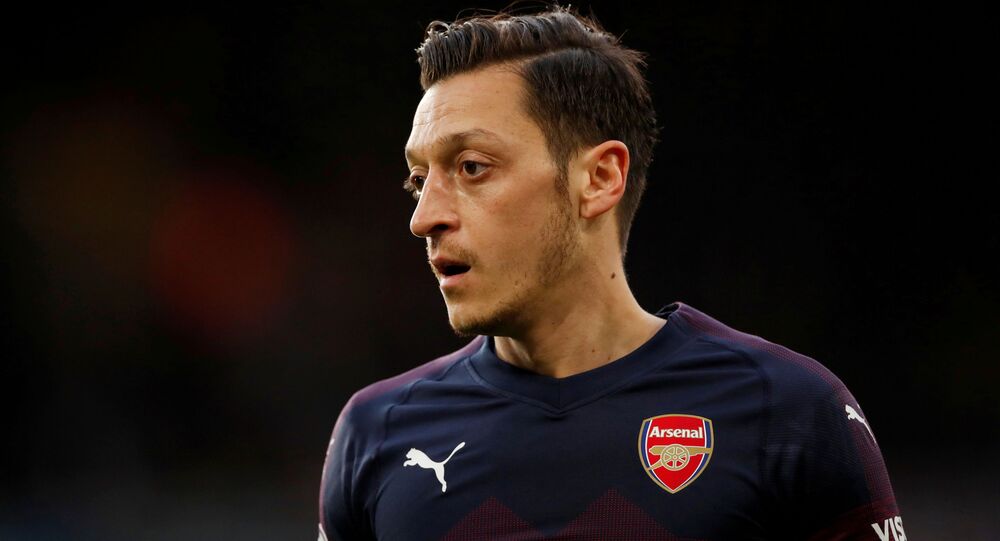 In late July, police arrested two men outside Arsenal player Mesut Ozil’s house after he and his teammate Sead Kolasinac were involved in a carjacking attempt by an armed gang in a London street.

German international Mesut Ozil has been seen training with Arsenal for the first time since he was caught up in a failed carjacking late last month.

The midfielder is back in action ahead of Arsenal’s Premier League showdown with Liverpool on Saturday.

We've got some good news ahead of #LIVARS 👍

Earlier, Ozil along with his teammate Sead Kolasinac were withdrawn from Arsenal’s first Premier League encounter against Newcastle amid security fears following a carjacking incident in north London on 26 July.

Back again 😎😎
Expect the masterclass this weekend #M1Ö @MesutOzil1088 😍😍😍😍 pic.twitter.com/ibwyZ0YZSy

The Sun reported that the two footballers had been placed under 24-hour guard after they became the centre of a “gang war.”

Commenting on the 26 July incident, Arsenal said at the time that the club has “been in contact with both players and they are fine” after a gang of machete armed muggers attacked Ozil’s Mercedes G-Wagon SUV on a London street.

A Met Police spokesperson confirmed that “the driver, along with his passenger, managed to get away unharmed and travelled to a restaurant in Golders Green, where they were spoken to by officers.”

The police have already arrested two men suspected of being behind the carjacking attempt as the investigation into the incident continues.