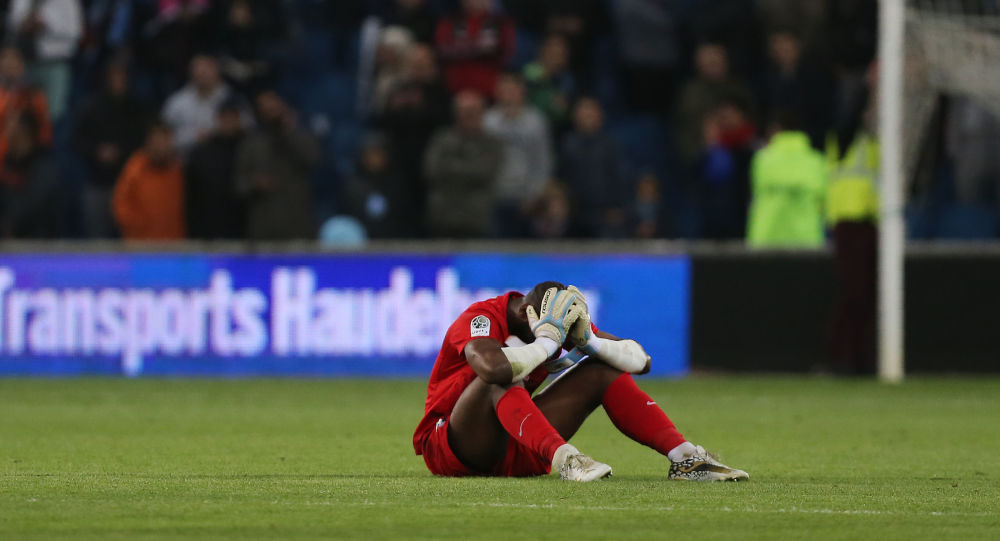 Although football officials have proclaimed the fight against racism one of its global goals, reports about misbehaviour targeting players from Africa surface now and then. A recent incident reportedly occurred during a UEFA Europa League match between Turkey’s Yeni Malatyaspor and Olimpija Ljubljana from Slovenia.

Turkish Foreign Minister Mevlüt Çavuşoğlu has condemned Slovenian fans’ racist insults against French-born Beninese goalkeeper Fabien Farnolle, who plays for the local club Yeni Malatyaspor, the outlet Hurriyet reports. According to the media, citing its diplomatic sources, the official called the footballer, who was reportedly mocked by monkey-like sounds when his club played against Olimpija Ljubljana in their second leg of the UEFA Europa League on 1 August.

The footballer revealed shortly after the match that he was targeted on the pitch.

"They simply made monkey-like sounds during the 45 minutes [of the game. They threw something at me but it doesn't matter. But I believe making monkey sounds [at someone] is shameful”, the 34-year-old goalkeeper told Anadolu Agency about the alleged supporters of the Slovenian club.

​His club also made a statement, condemning such behaviour, and noted: “We treat all the insults made to him as insults to our club, as well as the country we represent, and we can never tolerate it”.

​The Turkish club eventually beat Olimpija Ljubljana 1-0 in the away match and advanced to the UEFA Europa League’s third qualifying round.