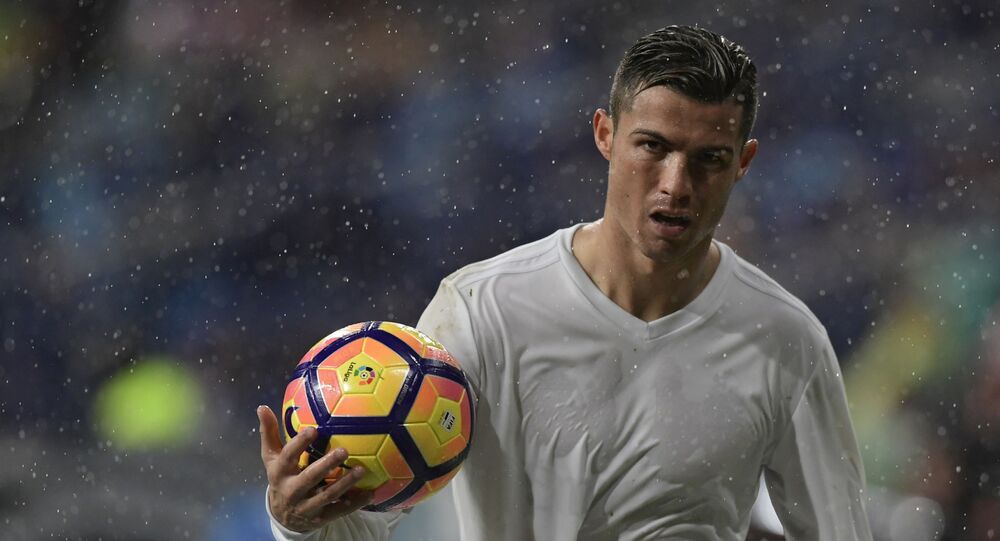 The famed Indian batsman turns out to be a huge football fan: in a conversation with the FIFA website he revealed that Cristiano Ronaldo is the player he most enjoys watching.

One of the greatest Indian cricket players, Virat Kohli, has heaped praise on Portuguese football star Cristiano Ronaldo, describing him as an "inspiration".

"For me, Cristiano [Ronaldo] is above everyone else. His commitment and work ethic is unmatched. He wants it that bad - you can see it every game", Kohli told the FIFA website, also revealing that he also enjoyed watching Lionel Messi, Luka Modric, Andres Iniesta, Xavi, Ronaldinho, and Brazil's Ronaldo play.

Eyes on the ball! #CWC19 #trainingday

For the 30-year-old batsman, who made history this year by becoming the first man to simulatenously win all three major ICC awards - Cricketer of the Year, Test Player of the Year and ODI Player of the Year, the answer to the eternal argument as to who has had the greater career, Cristiano Ronaldo or Lionel Messi, is clear:

"Ronaldo. In my opinion he has taken on more challenges and succeeded at all of them. He's the most complete player I have seen and his work ethic, as I mentioned, is unmatched. He inspires people. I don't think many people do that. He's also a leader and I love that. Absolutely love it. He has amazing belief too".

Kohli even confessed that he roots for any club in which Ronaldo plays, but when asked who could replace him and his Barcelona rival as the world's most oustanding player, he quickly replied: Kylian Mbappe.

In fact, he called the French football phenomenon a "beast" and an "absolutely top-class player".

While Kohli's not hiding his awe of Ronaldo, the Portuguese superstar, who's playing for Italy's Juventus now, has landed in some trouble for not showing up at a friendly match against South Korea's K League All-Stars last week.

Thousands of disgruntled fans have already joined a class-action lawsuit demanding compensation for the match sans Ronaldo, while the agency that helped organised the game has been accused of fraud.

It claimed that it had an agreement with the Italian football club that Ronaldo would play for at least 45 minutes and that he would take part in a fan signing event. Meanwhile, Seoul's Metropolitan Police have launched an investigation into Juventus' alleged violation of the law.

"If we can't find objective evidence of deliberate deception, no fraud case can be established and police can't intervene since it would become a civil case", a law enforcement officer said, per Mundo Deportivo.