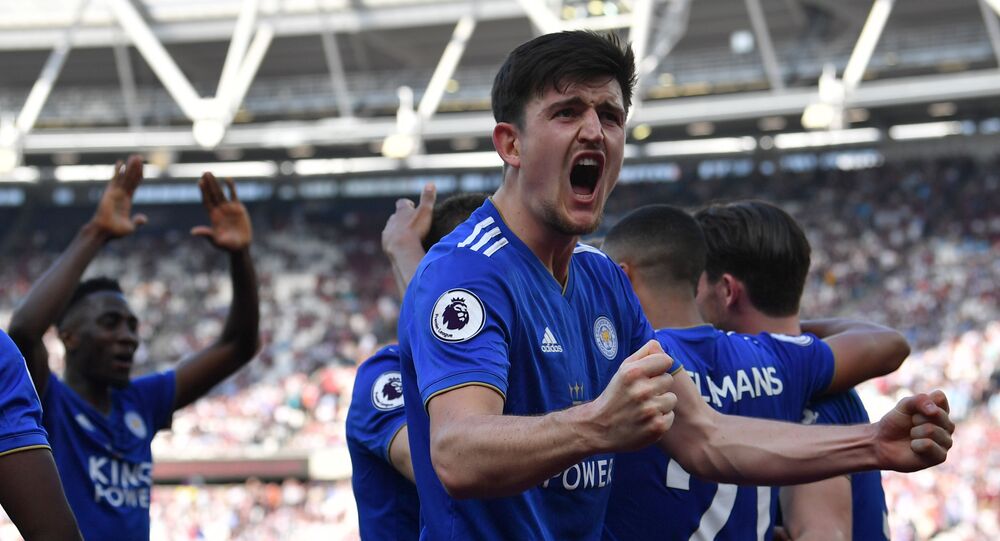 With the 2019 transfer deadline looming, English Premier League clubs are involved in some serious brinkmanship. Harry Maguire, who starred for England in last year’s World Cup, is one of the hottest properties.

Manchester United have had an £80 million bid for Leicester and England defender Harry Maguire accepted.

With the English Premier League transfer window closing on Thursday, 8 August, time was running out for United to bring in a centre back to shore up their defence, which was awful last season.

United have come back in for Maguire, who is known to be keen to move to Old Trafford but Leicester had been demanding £85 million.

More minutes in the tank 💪💙 https://t.co/8BKbpljS4T

​The current record for a defender is the £75 million Liverpool paid in January 2018 to sign Virgil van Dijk from Southampton, a player who made a massive difference to their squad and helped them push Manchester City right to the wire for the Premier League title.

United manager Ole Solskjaer is clearly hoping Maguire could be a similar catalyst for United to kick on and close the gap on City and Liverpool, who they ended up 32 points behind in May.

Harry Maguire analysis for the 18/19 season. (All data will come from last season in the Premier League only, cups not included)

Strengths?
Weaknesses?
How does he compare to United’s current centre back options?
How would he fit into United’s system? pic.twitter.com/3GBfnFl0Zd

​Maguire, 26, joined Leicester in the summer of 2017 from Hull City and played a starring role at the back for England as they reached the semi finals at the 2018 World Cup in Russia.

The Maguire deal is expected to kick off a domino of transfers.

Leicester have already lined up Brighton centre back Lewis Dunk, 27, to replace Maguire and are reportedly willing to pay £40 million.

​Brighton are said to have agreed a fee of £22 million with Bristol City for defender Adam Webster, 24, who only joined the club last year for £2.5 million.

Maguire will be United’s third signing this summer - they splashed out £20 million on 21-year-old midfielder Daniel James from Swansea and £50 million on Crystal Palace full back Aaron Wan-Bissaka, who is also 21.

​Solskjaer is seeking to bring in younger, pacier players to freshen up the United squad but Maguire will be a wiser, older head at the centre of the defence.