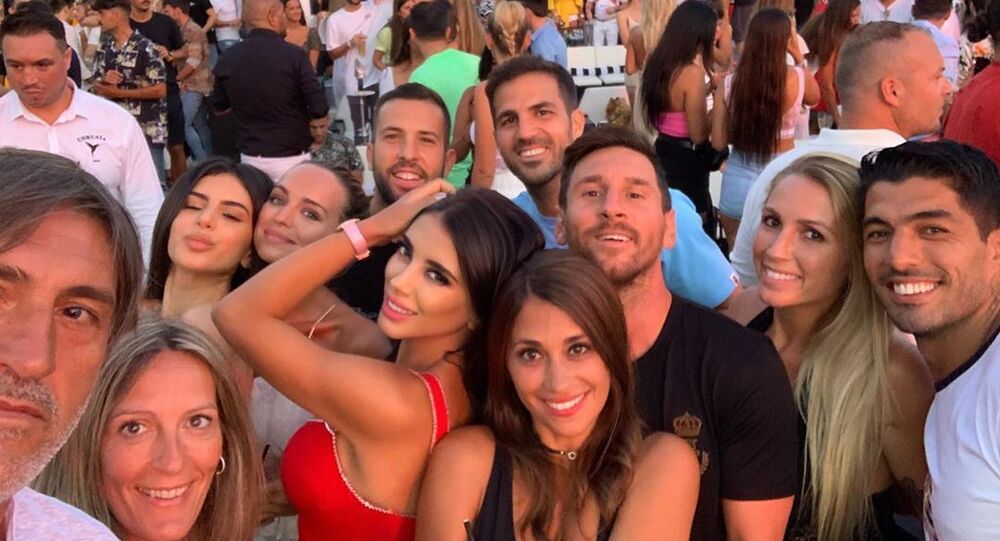 The Barcelona striker was filmed being led out of a late night Ibiza party by security staff, presumably after a clubber tried to fight him.

Leo Messi has shrugged off speculation that he had an altercation with a reveller on Sunday, insisting that nothing terrible happened that night.

"Don't believe everything you read out there that has nothing to do with reality. Yesterday everything was perfect, and everyone treated us wonderfully as always," he wrote in Spanish.

He wrapped up the statement with a #FakeNews hashtag.

© Photo : leomessi/instagram/screenshot
Messi fumes at fake news over the Ibiza incident in an Instagram Story

It came in response to reports suggesting that an unknown man tried to start a fight with Messi at a party at Ushuaia Ibiza Beach Hotel in the late hours of Sunday.

Videos emerged of security guards escorting the Argentinian footballer out through the crowd, but he did not explain why it happened.

A guy in the Ibiza party tried to fight Messi, security stepped in as Messi was about to batter the guy pic.twitter.com/ZmV1kA80s7

Messi was spending the last days of his holidays on the party island together with his wife, Antonella, and teammates.

The 32-year-old Barça star is expected to return to Camp Nou for pre-season training on Tuesday, as his club is preparing for a friendly with Arsenal for the Joan Gamper Trophy, an annual friendly curtain-raiser.