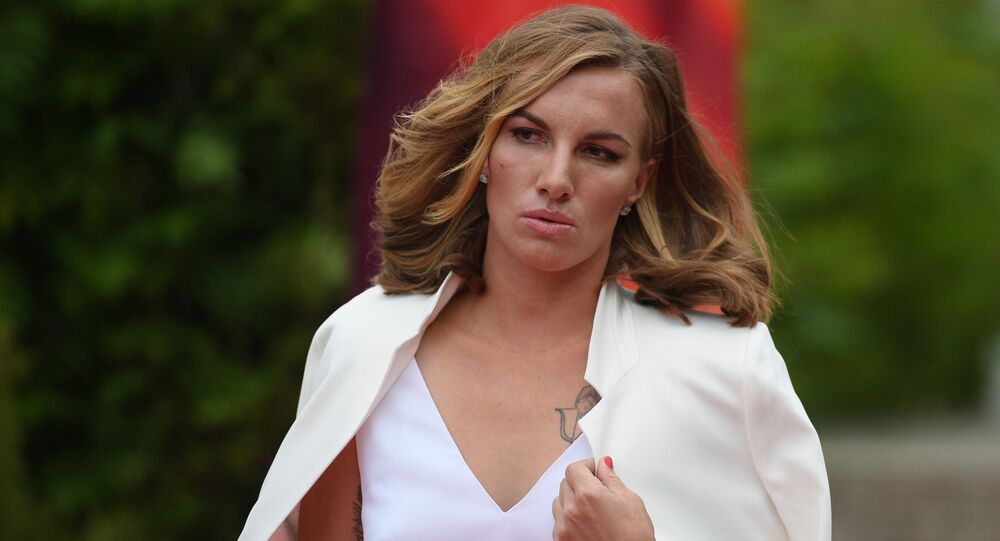 MOSCOW (Sputnik) - The US Embassy in Moscow on Friday urged tennis player Svetlana Kuznetsova to contact the diplomatic mission and collect her entry visa to ensure her participation in an international tennis tournament in Washington.

"We’ve seen press reports about tennis player Svetlana #Kuznetsova and her #visa concerns. We have reached out to her directly to make sure she can travel and compete, but no answer.  If you’re reading this, Svetlana, give us a call - your visa is waiting for you!" embassy's spokesperson Andrea Kalan wrote in her Twitter blog.

The statement comes after Kuznetsova, who won singles at the US Open in 2004 and French Open in 2009, said a day earlier that she had to pull out of the tournament in Washington because of the visa issues. The athlete added that the US embassy in Moscow had had her passport since February when she submitted it with her visa application.

The Russian embassy in the US has sent a protest note to the US State Department over the tennis player’s visa issues.