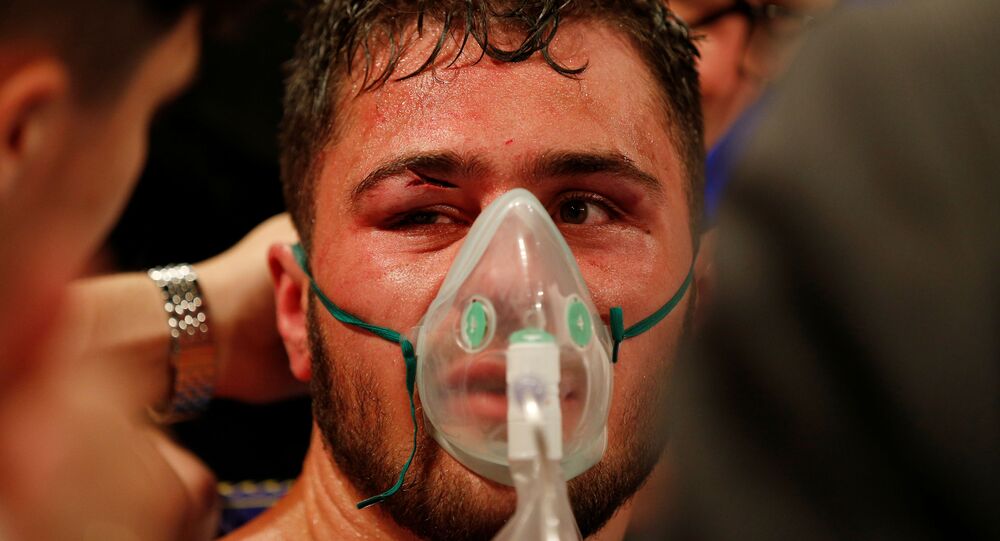 David Allen, a famous British boxer who fought against Dillian Whyte, Luis Ortiz and Tony Yoki, has lost to others and remained on the outskirts of the heavyweight division. Allen managed to reanimate his career and went on the road, managing four victories in a row. In April, David beat the experienced Australian Lucas Brown with a knockout punch.

Throughout the battle, Price skilfully made use of his significant size advantage and longer arms, gradually capturing the initiative.

By the eighth round, his advantage was almost overwhelming, Allen received a cut over his right eye, and after two more rounds the referee decided to stop the fight. Dave Allen was given an oxygen mask after the fight and left the ring on a stretcher.

The official verdict is that David Price won the bout by TKO in the tenth round.

Can’t think of many things worse than being upper cutted straight on the shnoz and flemed on all at the same time 🤢 #PriceAllen pic.twitter.com/CwDP0l3O72

​Dave Allen fans were very upset about the defeat of the boxer.

Hope #DaveAllen makes a swift recovery , honest fighter that kept walking Price down despite the height and reach advantage. Credit to Price for a controlled measured performance, Price is a quality boxer who on the night performed at another level Allen will come again 🥊

​Also, fans were worried because of Allen's condition after he had been taken to the Royal London hospital.

Reports are saying Dave Allen has been taking to hospital after tonight’s fight. We all hope he’s ok 🙏
Love this picture of Louis and Dave 💙 pic.twitter.com/F4OLFNvTWa