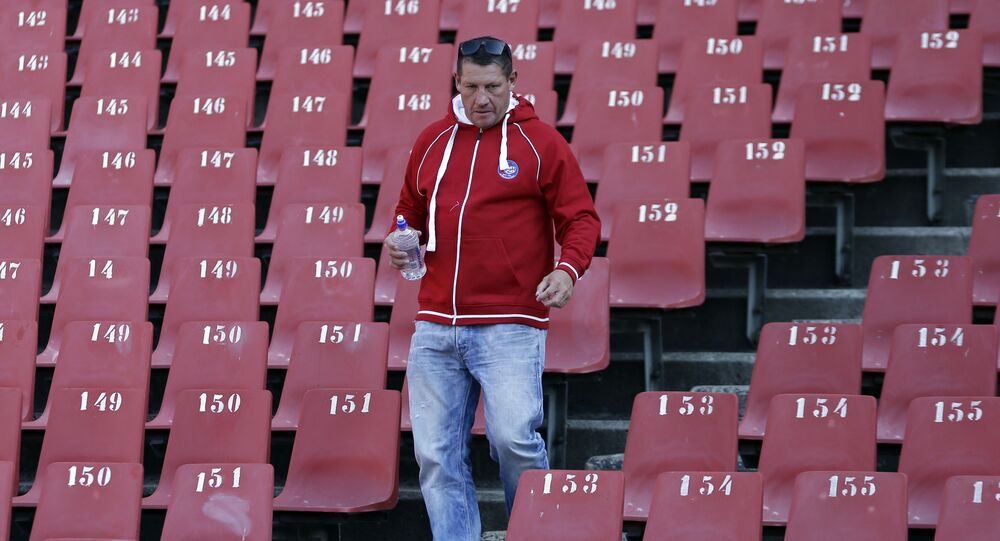 Small was renowned for his speed on the pitch, earning 47 Test caps 1992 - 1997, and scoring 20 tries. He also became known as something of a ‘wildman’ in the sport due to his outspoken nature, becoming the first South African player to be sent off in a test match due to arguing with a referee.

World Cup-winning rugby star James Small was found naked and unconscious in a sex club before being rushed to hospital where he died of a heart attack, South African media has reported.

The 50-year-old was driven to the hospital without clothes by the female employee of The Harem, a “gentleman's club that caters for every need” including an “adult entertainment service”.

She is said to have rushed inside the Life Bedford Gardens hospital in Johannesburg, demanding a portable hospital bed and telling staff the famed rugby player was too heavy to be placed in a wheelchair.

South African police have asked to see toxicology reports and confirmed a judicial inquest has now been opened into the cause of his death - they’ve so far failed to unlock Small's cell phone without success but could see from an open message 3,000 rand (around £175) had been withdrawn earlier in the evening.

In a statement, his family requested their privacy be respected, stating they had “a funeral to plan and the life of a hero – and a man we loved – to celebrate”. Tragically, he’s the third member of South Africa's 1995 World Cup team to have passed away after the deaths of Ruben Kruger in 2010 and Joost van der Westhuizen in 2017.

In tribute, Mark Alexander, president of SA Rugby, said Small “will always have a special place in the hearts and minds of the South African public and we were devastated to hear of his passing”.

“He always played with the type of passion and courage that encapsulate what Springbok rugby stands for, and he lived his life in the same way. At 50 years old, James died too young. Our thoughts and condolences are with his family and friends during this very sad time,” he concluded.

Small made his debut against the All Blacks in 1992 and scored his 20th try in his final Test in 1997, breaking Dane Gerber's record. After retiring, he turned to coaching and assisted Robert du Preez at NWU-Pukke and the Leopards before joining the Pirates in Johannesburg as assistant coach.