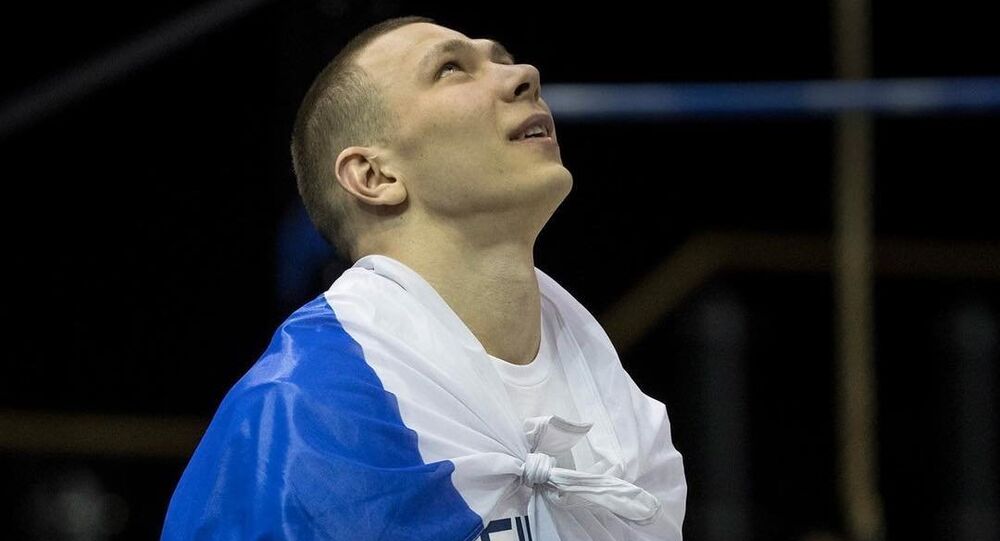 Russian athlete Roman Khrennikov was barred from the prestigious Reebok CrossFit Games held in the US last year after the country’s authorities denied him entry. The story has now recently repeated itself after he qualified for the prestigious tournament in Madison, Wisconsin but was turned away by the US authorities.

Athlete Roman Khrennikov, who became one of the few Russians to earn the right to participate in the Reebok CrossFit Games, has been denied a visa to the US. He has thus been prevented from taking part in the competitions, which gather "the fittest men and women on Earth" in the US, for the second year in a row. Khrennikov qualified for the prestigious 2019 Reebok CrossFit Games, scheduled to take place in Madison, Wisconsin this August, after he finished fifth at the Dubai CrossFit Championship.

The 24-year-old, who lives in St Petersburg, has updated his friends and fans about his struggles with the American authorities on his Instagram profile.

“Magic did not happen. I have not received a visa to USA [sic] .. I continue my way. Thanks friends”, he posted on social media.

Many rushed to voice their support for the athlete in the comments, with some slamming apparent political games for once again getting in the way of international sports.

Roman Khrennikov has, however, indicated that he is not going to be deterred by the setbacks. At the same time, another Russian athlete Alexandr Ilin, proclaimed to be the fittest man in Russia after winning the national championship and who also qualified for the Reebok CrossFit Games, was granted entry to the US.

Happy for @hinshaw363 support on @strengthindepthuk Waiting for our meeting.

Interestingly enough, Roman Khrennikov filed his visa application in Kazakhstan amid personnel cuts by the US mission following a diplomatic rift between Russia and the US over the Sergei Skripal case.

He was already turned away by the US Consulate last year, losing the opportunity to take part in the 2018 Reebok CrossFit Games, which were held in Madison, Wisconsin last August. Prior to this, he won the European Regional competition and became one of the Russian athletes to earn the right to compete in the prestigious Reebok CrossFit Games final, held in the US every summer.

Hard work always pays off! Thank you for the competition @italianshowdown I am pleased to fight experienced athletes and win! Next competition @reykjavikcrossfitchampionship

This is not the first time that diplomatic procedures have come in the way of top athletes competing in global competitions. In 2018, Russia’s freestyle wrestling team were denied US visas that would have enabled them to compete in the UWW World Cup in Iowa.

Russian Athlete Barred From CrossFit Games Due to US Visa Denial