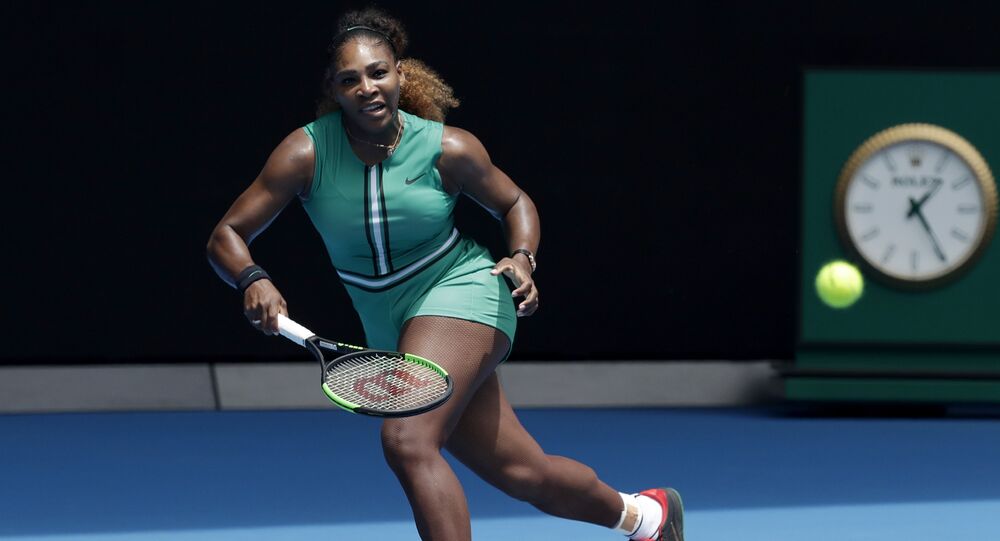 The decision comes as Williams prepares for a match against fellow US player Alison Riske in the quarter-finals of the 2019 Wimbledon tournament.

All England Club has reportedly fined tennis player Serena Williams £8,000 (nearly $10,000) for damaging a Wimbledon court with her racket before the start of the tournament.

At the same time, All England Club also docked £2,400 ($3000) Italian Fabio Fognini after the player, who lost a match to Tennys Sandgren, expressed hope that a "bomb" would explode at Wimbledon.

This is not the first time the American tennis star was fined for her emotional overreactions: back in 2016, she received a similar $10,000 fine for repeatedly smashing her racket against the turf during a game with Christina McHale. She also had to pay £13,100 (over $16,000) after last year's US Open final, for on-court coaching followed by a heated dispute with umpire Carlos Ramos, whom she had called "a thief" and "a liar", accusing him of discrimination.