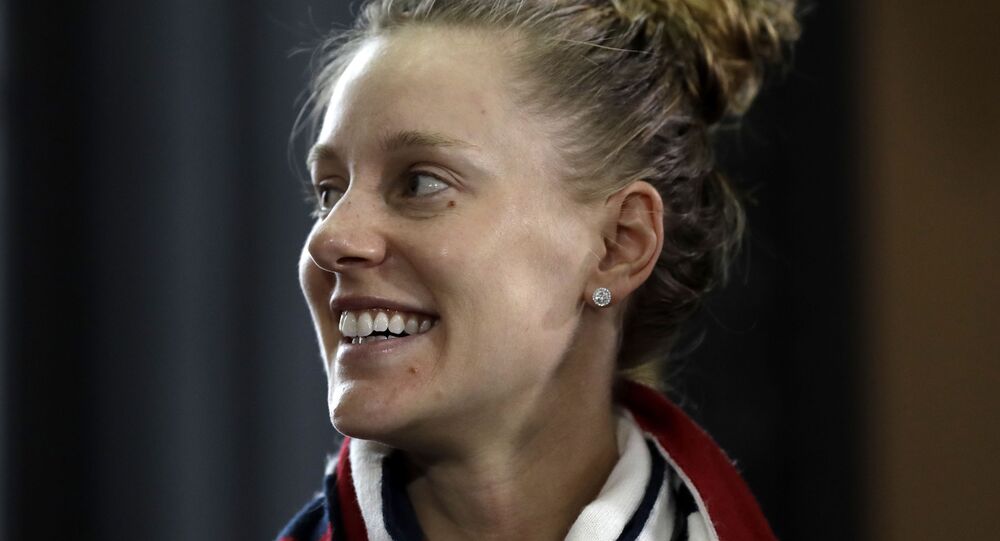 Russian player Maria Sharapova is famous not only for her numerous successes on the tennis court, but also due to her extremely loud grunts while playing, with some claiming they are louder than a jet in flight.

American tennis player Alison Riske, currently ranked 89, recently secured a deafening victory over Australian tennis star Ashleigh Barty at Wimbledon, securing a pass to the championship's quarter-finals. But what was especially "deafening" about her victory is the fact that she apparently managed to outdo Sharapova in the unofficial challenge of the loudest grunts on the tennis court.

Following the victory over the world's number one female player, the match visitors didn’t discuss the techniques that helped Riske to gain the upper hand over Barty, but the unbearably loud shrieks that accompanied Riske's play. Many people complained on Twitter that such ear-piecing grunts spoiled the game for them.

Riske’s grunt is getting on my nerves.

Numerous netizens wondered if such an abundance of grunts, which they claim Riske used on every shot, is absolute necessity.

Riske's grunt sounds like "whyyyy?" to me and honestly I've been asking myself the same thing.

Does anyone really have to grunt their way through a tennis match. Booo to Alison Riske

Some suggested that the grunts were one of the reasons Barty couldn't cope with Alison Riske.

The bloody noise from that player Riske. Surely no need to scream and grunt on ever shot. Must be so off putting for Barty. #Wimbledon2019

Many thought the US player's grunts might be even louder than those of Maria Sharapova, whose shrieks once reached 10 decibels during the Wimbledon championship in 2009.

And I thought Sharapova’s grunt was bad, Riske’s is almost worse! 🤢

What the hell is that noise coming out of Alison Riske, its beyond the grunt #Wimbledon

Back in 2003 during a match with Nathalie Dechy in Birmingham, the umpire even asked Sharapova to tone down her grunts over complaints from her opponent, but the Russian tennis player replied that the grunts were "natural instinct" thus explaining that she couldn't really control them.