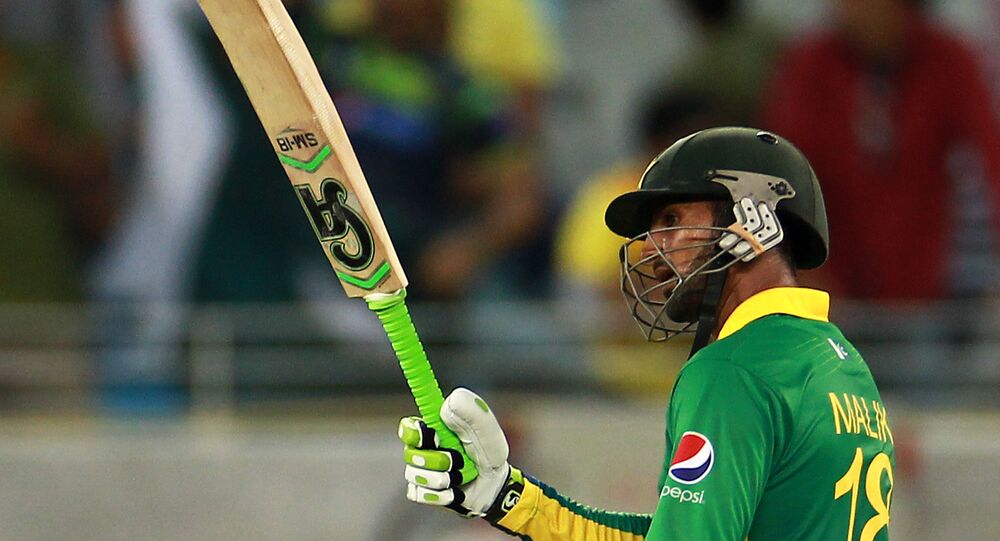 Malik, who did not get a chance to feature in Pakistan's final group-stage match against Bangladesh was given a ground walk and guard of honour by Pakistan’s cricketers in the Lord's stadium.

Today I retire from One Day International cricket. Huge Thank you to all the players I have played with, coaches I have trained under, family, friends, media, and sponsors. Most importantly my fans, I love you all#PakistanZindabad 🇵🇰 pic.twitter.com/zlYvhNk8n0

​Wishes came pouring in from both Indian and Pakistani fans on social media, including from teammates, but perhaps one of finest came from India's ace tennis star and his wife Sania Mirza who tweeted:

‘Every story has an end, but in life every ending is a new beginning’ @realshoaibmalik 🙃 u have proudly played for your country for 20 years and u continue to do so with so much honour and humility..Izhaan and I are so proud of everything you have achieved but also for who u r❤️

Malik recently invited much criticism for his performance during the World Cup 2019 for scoring just 8 runs, including two ducks, in 3 matches. He was dropped from the team after Pakistan lost to India on June 16.

Malik, in an interview to media, said he is disappointed that he is being judged for his performances in the World Cup.

"I have no regrets. But it’s just that I have been too flexible in my batting order. I have batted wherever the team wanted. I have been dropped many times, I missed a few years of international cricket and have been around for 20 years," Malik said.

"I am disappointed to be judged on two bad games here," the Pakistani cricketer added.

Malik did not hide his disappointment about leaving the one-day cricket format but said this will allow him to spend more time with family, and concentrate on the Twenty20 world cup next year.

His teammates shared some emotional messages on social media, reminiscing about the years spent with him.

What an amazing 10 years we’ve had together. You’re someone who’s built and rebuilt his career and always had a huge smile on his face. Will miss your presence in the dressing room and on field. Sialkot ki shan, always stay happy my bro @realshoaibmalik ❤️ #ThankYouMalik pic.twitter.com/cDSa5AVgDi

We started our career almost together you have always been a good friend good colleague&good mentor.Congratulations @realshoaibmalik on a successful ODI career.served Pakistan with full heart&pure dedication.thank you for 20 years of your services.wish u all the best for future. pic.twitter.com/1rjoiHa0L0

Congrats on a wonderful career Shoabi, you have been a great inspiration for many. I wish you the best for your second innings in life. Keep enjoying every moment. @realshoaibmalik #PakistanZindabad #RiseAndRise pic.twitter.com/mO6mO2gpji

​Malik’s fans were also full of praise and took to Twitter to express their feelings.