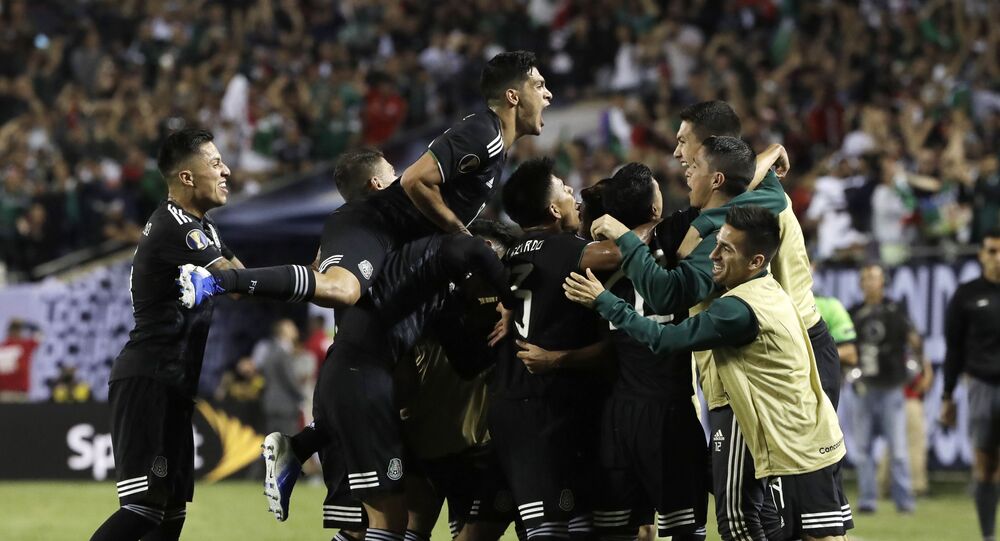 The Mexican football team on Sunday defeated the United States squad 1-0 in the final game of the men's football title of North and Central America and the Caribbean.

Mexico's Jonathan dos Santos scored in the 73rd minute to give his side a 1-0 win over the United States in the Gold Cup final. The victory over the defending champions in Chicago earned Mexico a record-extending eighth title in the tournament.

While FIFA instituted video assistant referees for last year's men's World Cup and this year's Women's World Cup, the Confederation of North and Central American and Caribbean Football has not adopted the technology for its premier tournament, according to AP.

"One thing I'm a little bit critical of CONCACAF is not having VAR [...] I think it's a necessity in today's modern game. I'm disappointed with that decision. I don't think it's a decision that's good for the game. Having said that, I think the referees in this tournament have been fine", Berhalter said Saturday, cited by AP.

CONCACAF reportedly declined to respond to Berhalter. Meanwhile, the tournament's press service reportedly said, cited by AP, that the organisation is "committed to bringing VAR into CONCACAF, as we have seen how successful it was at the 2018 FIFA World Cup [...] However, we will only introduce new technology when we are confident that it will improve the fan and player experience, while maintaining the integrity of the game. We are therefore growing the pool of referees that are properly trained to implement the technology and learning from the implementation of VAR in leagues and tournaments around the world so we can deliver VAR at a world-class level in future CONCACAF competitions".