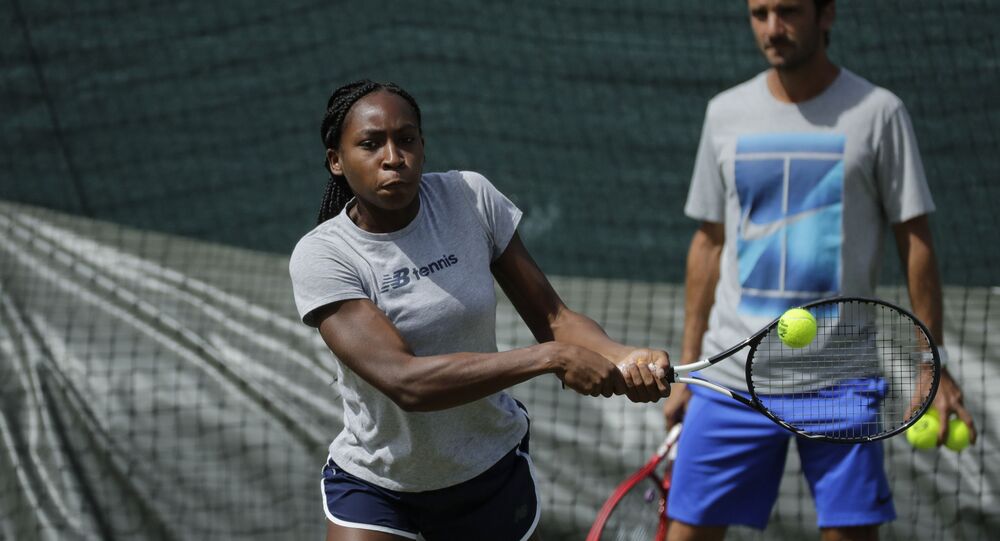 15-year-old Cori Gauff has become a rising star in the tennis world and the All England Tennis Club. Gauff managed to win straight sets against Venus Williams and Magdalena Rybarikova on Monday and Wednesday, and amazingly scraped in a win against Polona Hercog on Friday.

Serena Williams coach Patrick Mouratoglou has said that he believes 15-year old Cori "Coco" Gauff is competing at the level of someone among the top 20 players in the world.

He also said however that he think Serena Williams will ultimately win the championship.

"I love that Coco thinks she can win the tournament," he told Wtatennis.

"I think that's great. Everything is possible in life. The chance of her winning the tournament is not big. There is always a chance when you believe and she believes. I think Serena is going to win." He added.

He also said that he is “not surprised” at Cori Gauff’s abilities as he has known her since she was 10-years old, but he has been surprised at how quickly her skills have developed.

He even expressed some reluctance to talk with the teenage star about her new-found stardom due to the length of time he has known her for.

He added: “the only thing I don't want her to realize is how big she is. She shouldn't realize where she is, how big she has become — she just has to play, keep focused, and go as far as she can.”

Mouratoglou oversaw the coaching of world-star champion Serena Williams since 2012. Since then she has been victorious in three US Open titles, three Wimbledon championships, two French Open trophies, and even an Olympic gold medal.

If she continues her winning-streak, Gauff could potentially go up against Williams in the final round of the tournament.

She is currently reading for her fourth round match on Monday where she will face off against former world champion, Simona Halep.