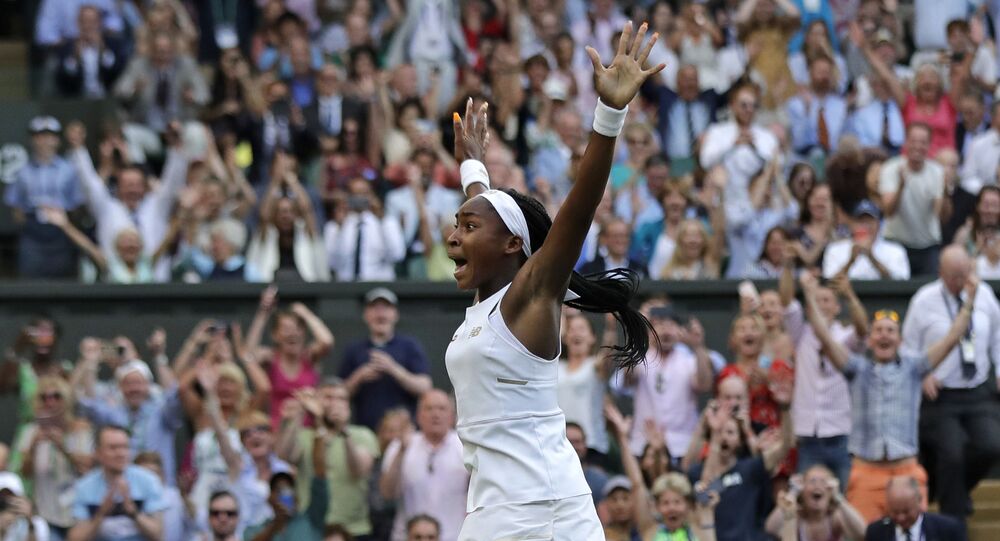 Regardless of how far the young Wimbledon sensation goes this year, she has already earned praise from numerous fans and celebrities, including Martina Navratilova, John McEnroe and last but not least, Beyoncé’s mother.

Cori ‘Coco’ Gauff, the newly risen tennis star, is hopeful her breakthrough at Wimbledon will earn her an invitation to a Beyoncé gig.

In the last clash, which saw her roll into the last 16 to face No.7 seed Simona Halep, she made a thrilling comeback after fending off two match points.

Tina Knowles, the mother of pop icon Beyoncé, was among the thousands of fans who witnessed this star-making performance.

She posted a video on Instagram in which she was cheering for the teenage American player.

When asked at a post-match presser about the most unexpected message of support she received, Gauff said: "Ms Tina Knowles, Beyoncé’s mum, posted me on Instagram and I was, like, screaming. I hope Beyoncé saw that, I hope she told her daughter about me because I would love to go to her concert."

A former world No. 1 junior, she is the youngest player to have ever qualified for the main draw at a Grand Slam tournament in the Open Era of tennis.

Her parents were present to cheer her on from the crowd, and her mum’s captivating celebration has already made its way to social media.

Gauff was excited to learn from reporters that her mum is trending. "Please tell me she's a meme,” she exclaimed. "I'm so excited to go on Instagram!

"I'm going to retweet it and everything. So I'm excited."

Thanks for all the surreal messages and fan support! It has been a dream week. Let’s keep it rolling @Wimbledon 🙌🏃🏾‍♀️👏