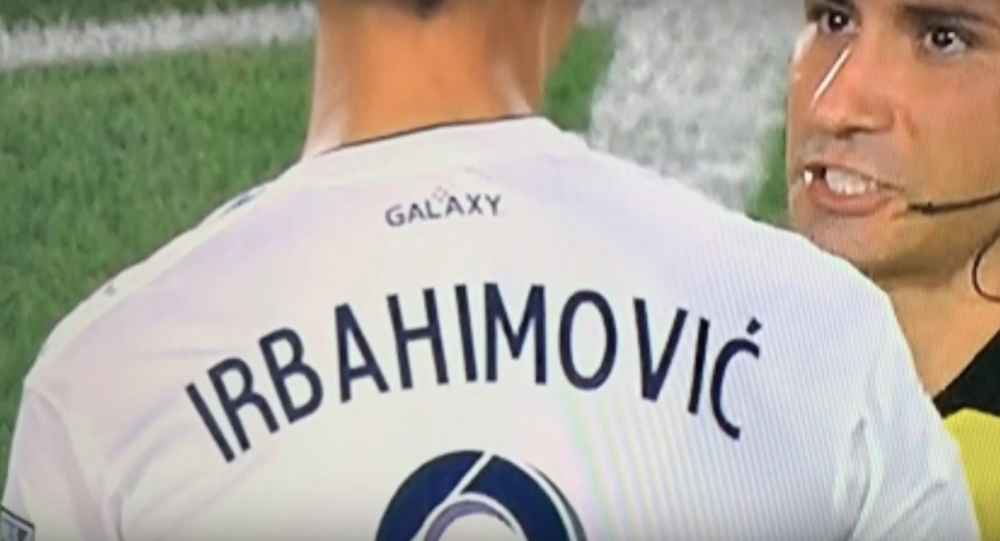 A spelling error on a US soccer player’s jersey was the true star from Thursday night’s LA Galaxy-Toronto FC game, spurring a series of comical conspiracy theories concerning the player’s “doppelgänger.”

Swedish-born forward Zlatan Ibrahimović led his team to a 2-0 victory as the sole scorer against Toronto FC at the California-based Dignity Health Sports Park, but soccer fans around the world appeared a little distracted by the back of his jersey, which featured a glaring misspelling: "IRBAHIMOVIC."

Need to check the stats on this. Pretty sure #Irbahimovic only has 2 this year? https://t.co/hmN8m2x3dC

Genius marketing by @LAGalaxy, that one of a kind #irbahimovic jersey will sell for millions

But we can't seem to find #Irbahimovic in the app? 🤔pic.twitter.com/H9ejII0o4o

You see, Zlatan is so good he sent his stunt double #Irbahimovic and still scored two goals #LAvTOR #MLS https://t.co/3fYDjWHbAK

The change in spelling, however, may have been a lucky charm for the player, because prior to the July 4 game, Ibrahimović had been on a month-long scoring dry spell. While it’s likely that the mistaken jersey was a simple clerical error or manufacturer mistake, MLS Soccer notes that Chris Wondolowski achieved a similar feat in breaking the 2013 US men’s national team’s scoreless run while wearing a jersey that read "WONDOWLOWSKI."

The comparisons didn’t stop there. Twitter user @089968Raph provided some highlights of similar misspellings from years past.

Ibrahimović, a former player for Manchester United, Barcelona FC, Paris Saint-Germain FC and AC Milan, appeared unbothered on social media as he mentioned nothing of the error and has since only posted a flick of him successfully completing the viral “bottle cap challenge”

The only comment he made concerning the matter was made during postgame media availability. Ibrahimović noted that he saw pictures of the jersey, but said he was not too worried about the mishap, because “people know my last name.”