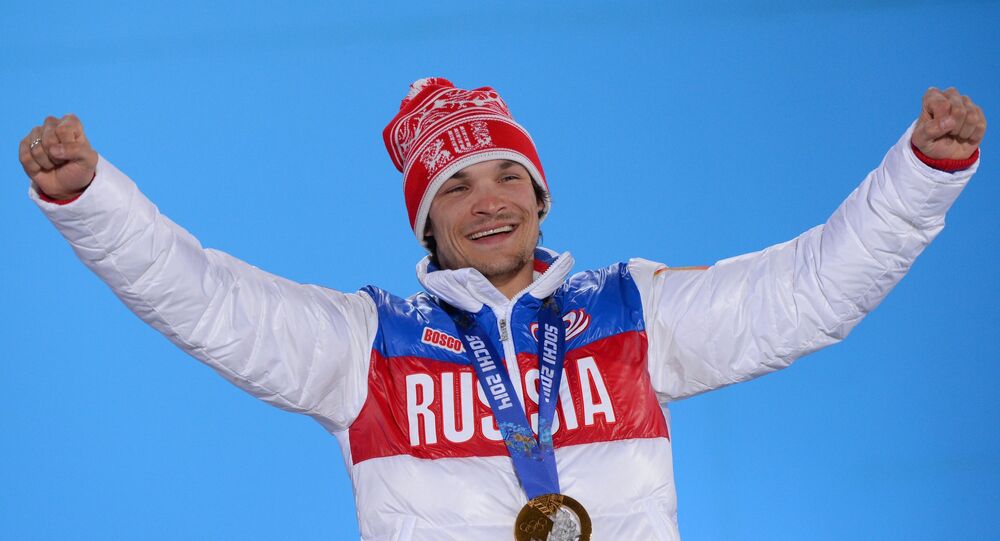 Russian Olympic star Vic Wild initially failed to receive approval to compete from the Federal Medical-Biological Agency (FMBA): the agency deemed him unfit, despite the athlete’s medically proven assurances that he is in perfect health.

US-born alpine snowboarding champ Vic Wild, also known by the Russian name Victor Ivan, took to Instagram to announce that he will continue to perform for team Russia, his adopted country, and thanked the Russian Sports Ministry for assistance.

“If you were wondering. I still snowboard for Russia. Thanks @minsport_rf for resolving the issue,” he said, clarifying what has until now been shrouded in uncertainty.

If you were wondering. I still snowboard for Russia. Thanks @minsport_rf for resolving the issue.

The news couldn't help striking a chord with his numerous fans, applauding and wishing Vic all the best in the comment section:

"Hurrraaay!" one wrote, with another joining the thread:

"Thank you Vic! Good luck in the new season!"

The head coach of the Russian national snowboarding team, Denis Salagayev, earlier told journalists that the Russian Federal Micro-Biological Agency (FMBA) had declined to give the necessary permission to the snowboarder, citing health issues, although the two-time Olympic champion repeatedly stated he had none, citing checks by Austrian doctors. The athlete hinted at the time that if the issue was not resolved, he would mull joining the US squad again.

Russian Sports Minister Pavel Kolobkov weighed in on the debate, saying Wild must indeed submit a health certificate, but it does not necessarily have to be issued by the FMBA, adding he was planning to meet with the athlete to resolve the problem. The FMBA has since issued a temporary permission to Wild, according to Russian Snowboard Federation President Denis Tikhomirov.

Vic Wild, originally from Washington State, first competed for the US squad, but years later, in 2011, he married Russian snowboarder and world champion Alena Zavarzina and applied for Russian citizenship, which was later granted to him.

He started performing for the Russian national team in 2012, and shortly won two Olympic gold medals at the 2014 Winter Games in Sochi as well as a bronze medal at the 2013 World Championship.