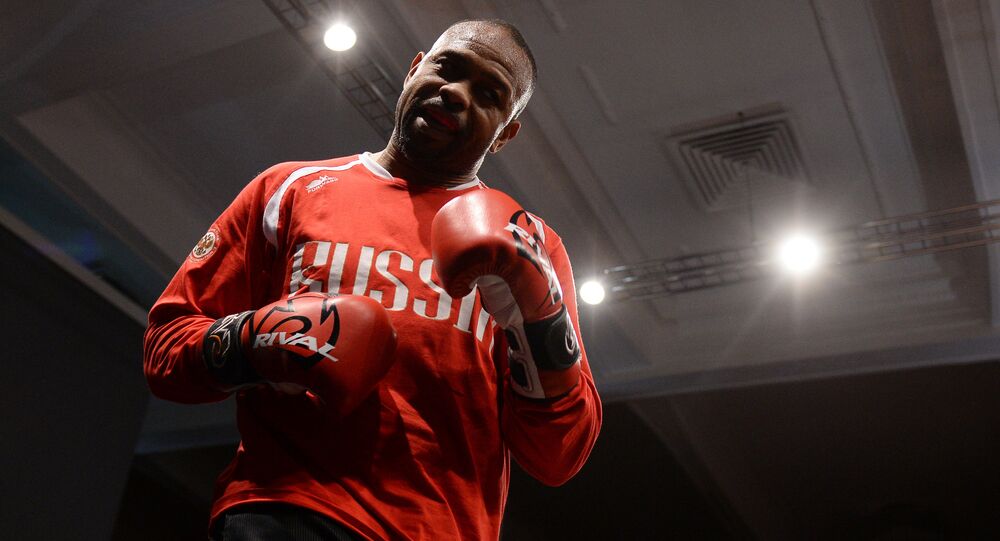 The famous ex-boxer said he'd be willing to take on anyone as long as it's a proper boxing match, and revealed another challenger he'd be eager to face, besides Khabib.

Former professional boxer nicknamed “Captain Hook”, boxing trainer and rapper Roy Jones Jr. has announced that he may be willing to take on Khabib Nurmagomedov, the reigning UFC lightweight champion himself.

As Jones has explained, he is ready to take on anyone in a boxing match, not to mention that he also took note of how much money the battle between Floyd Mayweather and Conor McGregor generated.

© Sputnik / Alexey Filippov
Y'all Must've Forgot: Reminder of How Unstoppable Roy Jones Jr. Used to Be (VIDEO)
Jones added that Brazilian MMA fighter and former UFC light heavyweight champion Vitor Belfort also challenged him to a fight, and he's ready to pick up that gauntlet as well.

And early in 2019, Khabib's coach Javier Mendez said that he does not rule out a fight between the Russian athlete and retired American boxer Floyd Mayweather, arguing, however, that it shound not be a boxing match.