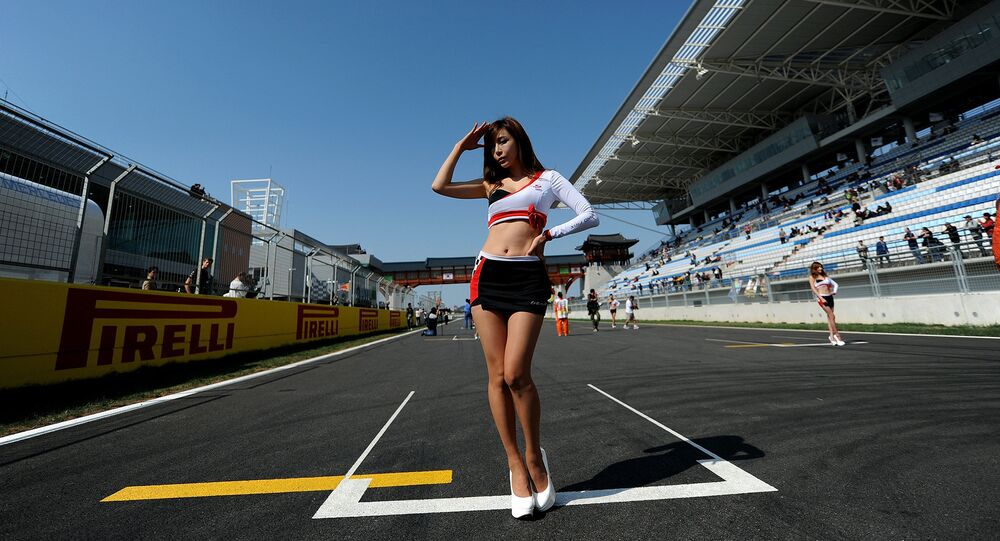 Last year, race bosses abandoned the tradition of inviting walk-on glamour models, who had been part of the Formula 1 image, in the wake of the global #MeToo movement and high-profile cases of sexual misconduct around the world.

Dutch lawmaker Roy van Aalst, representing the right-wing Party for Freedom (Partij voor de Vrijheid, or PVV) in the national parliament, has joined the chorus of critics bashing the Formula 1 decision to ditch the traditional grid girls. The politician urged the race bosses to rekindle the tradition and allow attractive women in sexy dresses to return to the podium and tracks of next year’s F1 event in the Netherlands.

His homeland is hosting the Dutch Grand Prix in Zandvoort for the first time over 35 years, but the competition is returning to the Netherlands without its signature image, abandoned last year in the wake of the rise of women’s rights movement against the backdrop of numerous sex scandals.

Aalst branded the decision by the Federation Internationale de l'Automobile (FIA) as “the umpteenth form of female patronization”. He insisted that “grid girls belong just as much to Formula 1 as the cars” and promised his party would fight to bring back the tradition.

"Only a huge idiot can see a beautiful woman as a problem. The rest of the people love it. It is part of motorsport and the PVV wants us to ensure that next year this beautiful tradition will be restored to its former glory!" Aalst said, the website motorsport.nextgen-auto.com reports, citing Dutch media.

Despite being an integral part of sexing up the image of motor-racing for several decades, the sport announced it was ditching them during the 2018 season because the custom was “at odds with modern societal norms”, as Formula 1 chiefs said in a statement. Instead of models, the organisation decided to employ youngsters, called "grid kids", with the children either being young karters or aspiring race drivers. The F1 management argued that it would make the build-up to the races "more relevant and interesting for fans, especially the younger ones”.

The decision to make grid girls history, however, has sparked mixed reaction on social media with some supporting it, while others say it is complete madness to lose the models.