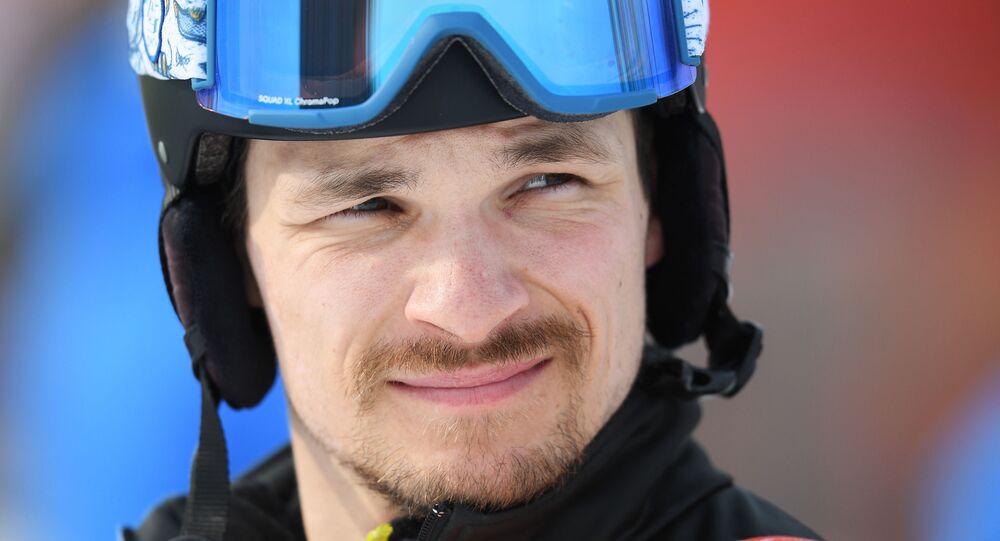 Two-time Russian Olympic snowboard champion Vic Wild did not receive approval to compete from the Federal Medical-Biological Agency (FMBA), as the agency believes the sportsman has health problems that make him unfit for competitions - a claim that Wild dismissed.

A member of the country's national team and one of its leaders, Wild, said that he had not received admission to the snowboarding competition from FMBA and thus, he can lose his status as a Russian international-level athlete.

“I can’t believe that if we, together with the Ministry of Sport, fail to find a solution, this week will be my last as a Russian athlete. Let me explain: FMBA recognized me as unfit for sporting events. At the same time, my doctors from Austria are sure that I am healthy and can participate,” Wild wrote on Instagram.

The champion also hinted that he is not ready to quit his career and could return to the US national team if he is not approved in Russia.

© Sputnik / Alexei Druzhinin
Vladimir Putin Hits Ice Rink For a Game of Hockey With Famed Athletes (VIDEO)
Russian Sports Minister Pavel Kolobkov stated on Monday that Wild must submit a health certificate, but it does not have to be issued by the FMBA. He also told reporters that he plans to meet with the athlete in the near future to discuss the situation.

FMBA later on Tuesday issued a temporary admission to Wild, according to Russian Snowboard Federation President Denis Tikhomirov. He also added that Wild will need to “solve his health problems.”

“I know that he was examined in Austria, there are no problems here, just a need to reconcile everything together,” Tikhomirov added.

Wild's wife, former snowboarder and world champion Alena Zavarzina, said that her husband is now facing the same problems she had in the past when interacting with the FMBA. Zavarzina had previously found herself in a situation where she did not have access to competitions due to health problems, leading to the cancellation of her state-issued salary and participation in centralized training. It was not possible to solve the problem then, and Zavarzina had to quit her career, even though she achieved the best result at the Olympic Games as part of the Russian team.

READ MORE: Russian Athletes to Watch at the Olympics (PHOTOS)

As a part of Russia’s national team, Wild became a two-time Olympic champion at the 2014 Olympic Games in Sochi. He also won a bronze medal at the 2013 World Championships. Before joining the Russian national team in 2012, he had previously represented the United States, yet left due to his marriage to Zavarzina and the lack of federal funding.

Festival of Sensuality: Pole Dancers and Athletes From Around the World Compete in Russia's Far East