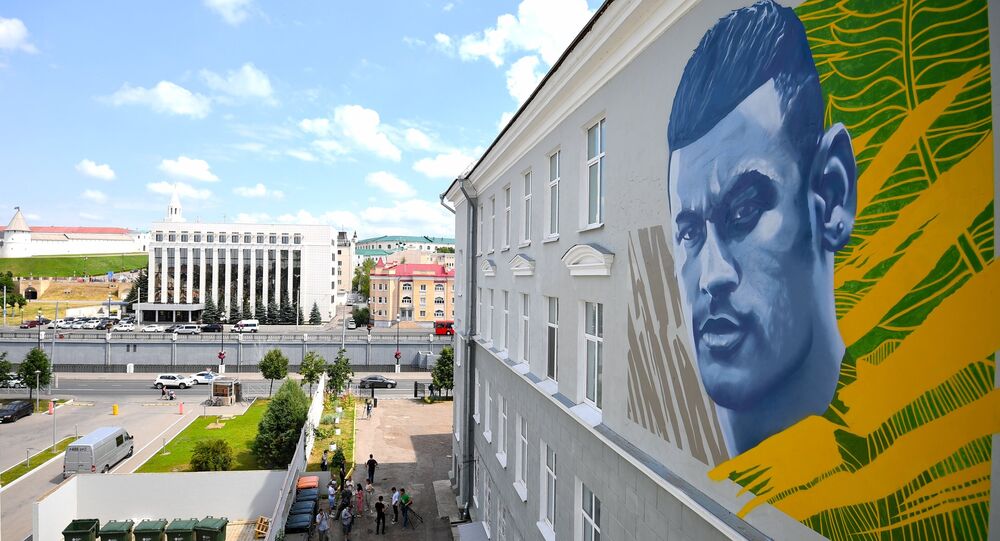 Brazilian national football team star and Paris Saint-Germain forward Neymar has vehemently denied any wrongdoing against the 26-year-old model accusing him of raping her.

Speaking to the Associated Press on Tuesday, the lawyer confirmed that he had dropped the case. "I must withdraw from the process," he said.

Andrade did not explain his decision. However, a day earlier, he told reporters that he would leave the case unless Ms. Trindade handed over the 7-minute video clip she claimed to be the key evidence in the case to authorities.

© AP Photo / Leo Correa
Neymar’s Accuser Carried Out of Police Station After Claiming Video of Her Hitting Athlete Was Stolen
Trindade earlier said that a video which leaked online showing her hitting Neymar was stolen from her apartment in a break in.

Andrade is the third lawyer to quit the case against the football star since Trindade accused him of raping her in a swanky Paris hotel on May 15. The case went public on June 1.

Trindade initially accused Neymar of "aggression" and "physical violence" against her, but later switched her complaint to a rape accusation.

Neymar confirmed that he had two 'encounters' with the woman, but has vigorously denied any wrongdoing.

© Sputnik / Grigoriy Sisoev
Neymar Sr. Defends Son for Posting Nude Photos of His Alleged Rape Accuser
The football star earlier took to social media strongly denying Trindade's allegations against him, sharing what appeared to be their back and forth exchange on WhatsApp before their Paris encounter, including nude photos which Trindade had apparently sent him to entice him to meet her. Neymar got in trouble with Brazilian authorities for releasing the photos, since it is illegal under Brazilian law to publicise intimate photos without a person's consent.

MasterCard has suspended its marketing deal with Neymar, while Nike has issued a statement expressing its "concern" by the allegations against him. Neymar's father Neymar Santos Sr. has claimed that Trindade's case against his son was just an attempt at blackmail.