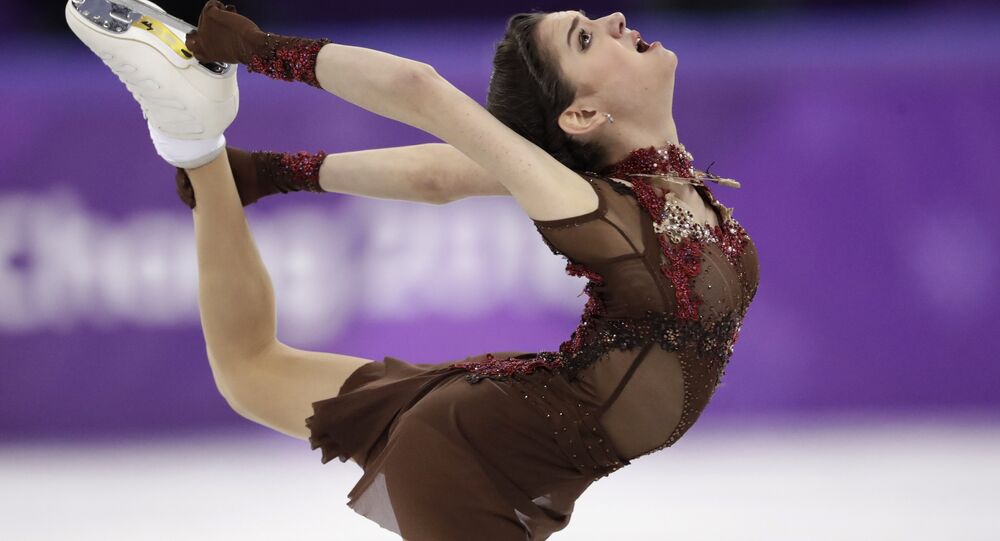 World champion Russian figure skater Evgenia Medvedeva was sent hate mail by a racist heckler; the ethnically half-Russian, half-Armenian 19-year-old was called 'black and worst' and told that everyone in Japan hates her.

A racist note insulting world champion Russian figure skater Evgenia Medvedev was received by her partner on the Fantasy on Ice show, Johnny Weir, who posted it on Instagram. According to him, the message for Medvedeva was given to him by one of the 'fans'. The unknown tormentor urged Medvedev to go back to Russia.

© Photo : YouTube/Icescape Rasu/screenshot
Russian Skater Medvedeva Flooded With Mean Comments Over 'Cheap' Latex Outfit
In turn, US skater Johnny Weir said that he "will not accept this behaviour and will not stand for the bullying of his skaters".

Evgenia Medvedeva later confirmed that the message was addressed to her.

"I want to thank my fans for the support and warm words. I just wanted to confirm that I'm ok and those words didn't hurt me or get me down," she wrote.

Medvedeva won two silver medals at the 2018 Olympic Winter Games in Pyeongchang, South Korea: in the women's single's event and the team event. At the 2017 World Championships in Helsinki, she became the first female skater to win back-to-back world titles in 16 years.