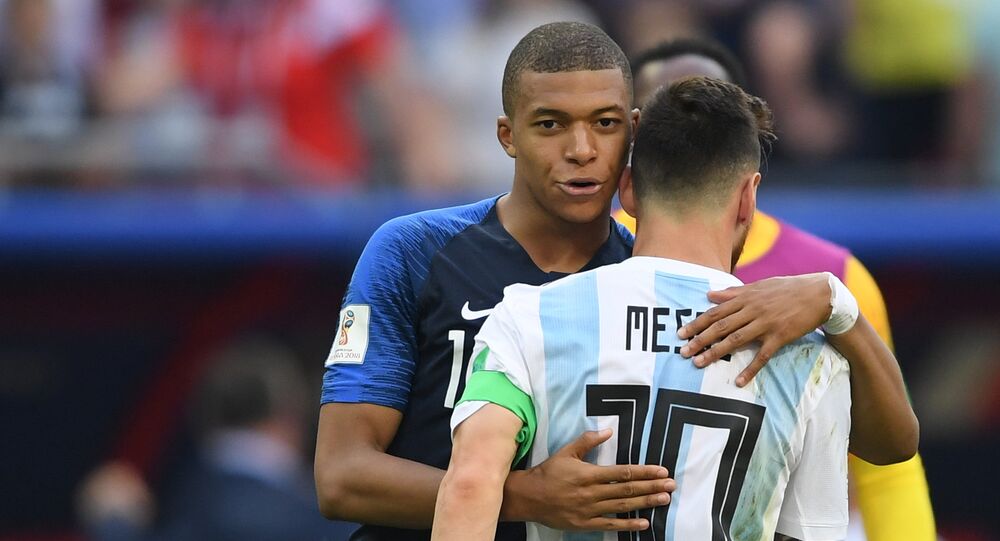 With the 2018-2019 football season over and a new summer transfer window now gradually opening up, the market value for football’s top aces appears to be of interest not only to football club managers, but sport fans alike.

Business Insider has prepared a 21-name list of the world’s most valuable football players, based on data provided by Transfermarkt, a platform that regularly compiles detailed ratings of footballers per league.

The top spot is occupied by 20-year-old Paris Saint-Germain forward Kylian Mbappe, with his total market value estimated to reach $229 million, closely followed by his Brazilian teammate Neymar, aged 27, who is worth $206 million.

FC Barcelona forward Lionel Messi’s market value is below the $200 million benchmark, standing at $183 million. Meanwhile, Cristiano Ronaldo, who made international headlines during his record expensive transfer to the Italian club Juventus worth €100m, comes in at only 19th, second to last, according to the statistics.

Whatever his recent career highs, with Ronaldo having been recognised as the top scoring footballer of all time in the European Cup and Champions League, his declining transfer valuation (he’s worth $103 million), is viewed as having to do with the forward’s age. In February he celebrated his 34th birthday, making him quite a bit older than the up-and-coming players that are a little over 20.

The ranking was compiled based on data about the length of players’ contracts, their current shape and performance over the past season.

There are 19 athletes worth over $100 million, eight who play in the Premier League, and quite a few teen-aged hopefuls indicating that the sport's future actually looks bright.

The ratings winner, the young Frenchman Kylian Mbappe, played in 29 matches as part of FC Paris Saint-Germain in the French championship, netting 33 goals and grabbing the title of the highest tournament scorer.