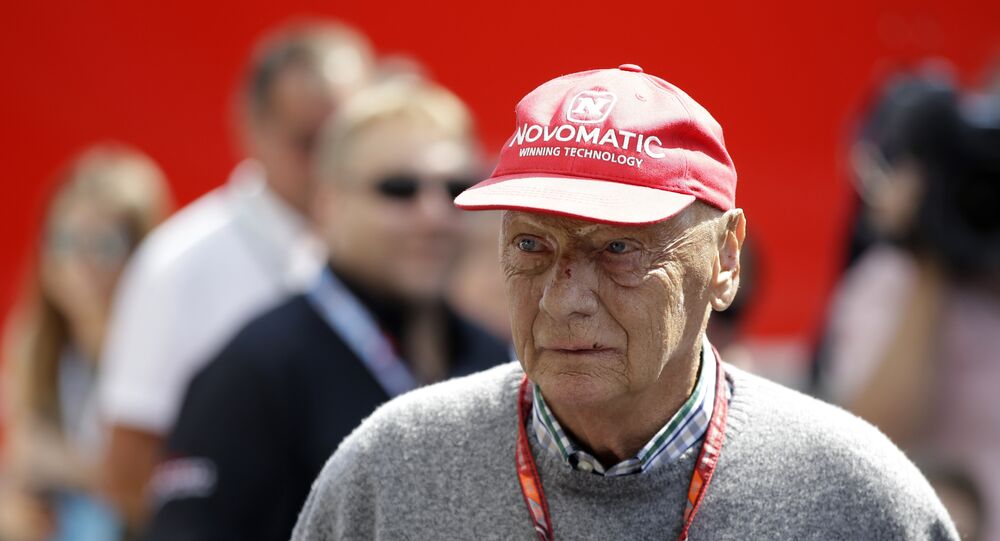 Andreas Nikolaus "Niki" Lauda, a three-time F1 World Drivers' Champion, has died at the age of 70. The family of the Austrian driver confirmed his death.

The three-time F1 world champion passed away five months after a lung transplant, according to multiple reports.

"With deep sadness, we announce that our beloved Niki has peacefully passed away with his family on Monday," his family said in a statement as cited by Motorsport Total.

"His unique achievements as an athlete and entrepreneur are and will remain unforgettable, his tireless zest for action, his straightforwardness and his courage remain.

"A role model and a benchmark for all of us, he was a loving and caring husband, father and grandfather away from the public, and he will be missed."

"All at McLaren are deeply saddened to learn that our friend, colleague and 1984 Formula 1 World Champion, Niki Lauda, has passed away. Niki will forever be in our hearts and enshrined in our history. #RIPNiki," Lauda's former team tweeted.

The driver's admirers from all over the world turned to Twitter to express their condolences.

In 1976 the F1 legend was severely burned in a near-fatal crash. After recovering, Lauda won his second world championship a year later.