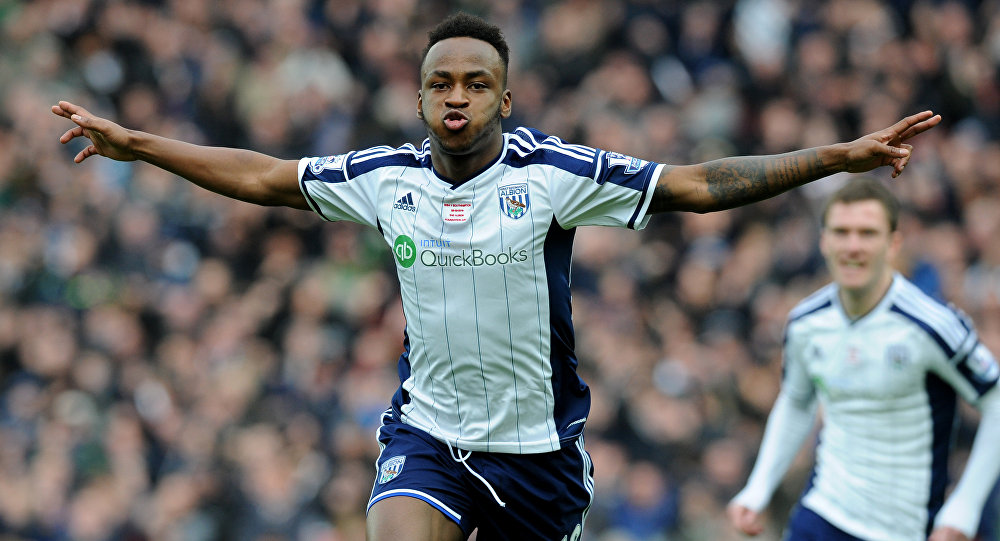 Saido Berahino scored 20 goals in the English Premier League in 2014/15 for West Bromwich Albion at the age of 21 and was tipped to become a huge star. But his form collapsed after moving to Stoke City for £12 million and he has only scored three goals since 2017 and is currently suspended.

Footballer Saido Berahino, 25, has been banned from driving after being stopped in the West End of London at 3am with three times the alcohol limit in his system.

The Stoke City striker was arrested on 18 February and told police he was fleeing knife-wielding robbers.

At a hearing at Highbury Corner Magistrates' Court in London on Wednesday, 15 May, PC Stephen Luu said he could smell alcohol on Berahino's breath and thought he looked "red-eyed and nervous".

​Berahino, who is paid £40,000 a week, told police he had been robbed of a watch and two diamond necklace while out with his girlfriend and his niece. He said his girlfriend believed her ex-boyfriend had been behind the attack.

​He told police: "I was scared. I had just been attacked and obviously my niece was there and I had to take action. I had to drive off from the scene. They had a knife and a gun as well."

Berahino was asked why he had not reported the robbery to the police and said: "In the past I have been in the media and I didn't want anything to get out. It would jeopardise my career and I was scared of that. That was the last thing I wanted."

​PC Luu said he believed Berahino may have been involved in a stabbing incident in nearby Great Russell Street and may have been lying and he told the court: "I asked how he had got blood on his hands  and he just appeared confused."

The Burundi-born player, who joined Stoke from West Bromwich Albion for  £12 million in January 2017, scored his first goal in 913 days in August 2018.

​He has only scored three goals in 51 appearances for Stoke and the court heard he was currently suspended without pay.

Magistrates found Berahino "was not in fear of death or fear of serious injury" and fined him £75,000 and banning him from driving for 30 months.

Berahino has previous convictions for drinking and driving in 2015 and being drunk in charge of a vehicle in 2012.